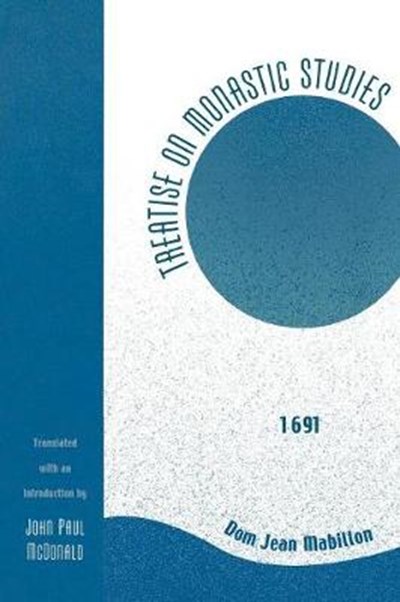 QTY
Add to Basket
Publisher: University Press of America
ISBN: 9780761828914
Number of Pages: 362
Published: 08/09/2004
Width: 23.8 cm
Height: 21.4 cm
Description Author Information Reviews
This is the first English translation of Dom Jean Mabillon's treatise that defends the propriety of study and research as an occupation for monks, and lays out a course of studies for young Benedictines training to be scholars. In the 1680s the strict Trappist reformer, Armand-Jean de Rance, published books condemning scholarship as a suitable occupation for monks. Mabillon belonged to the Maurists, a group of French Benedictines who were already launched on a 150-year odyssey of collecting, editing, and publishing critical editions of the church Fathers, the classics of early French literature and history, the annals of the Benedictine order from its beginnings, and critically vetted lives of Benedictine saints. Mabillon refuted Rance's claims, but transformed the debate by writing a masterful survey of authors and works with which monastic scholars should be familiar: pagan classics, the writings of early Christianity, and important publications of the 16th and 17th centuries on topics ranging from biblical scholarship to belles lettres to civil and canon law to books about books. Mabillon includes a "list of difficulties met with in reading the councils, the Fathers, and church history" that presents problems in a non-dogmatic, open-ended way. This edition includes a translator's introduction, suggestions for further reading on the monastic studies controversy, all Mabillon's marginal notes, a bibliography of all published works mentioned in the text, and an index.

John Paul McDonald is Associate Professor of French at the University of North Carolina, Asheville. Professor McDonald holds a doctorate from the University of Paris. Dom Jean Mabillon was the outstanding scholar of a group of reformed 17th century Benedictine monks, the Maurists, based at the ancient abbey of St-Germain-des-Pres in Paris.

McDonald faithfully translated the seventeenth-century French...[t]his three-hundred page book still remains today one of the best manuals on how to become a scholar and an historian. This work is a handbook for all those who seek to be scholars, especially those dedicated to serious study of the history of the Catholic Church. -- Cyprian Davis, O.S.B., St. Meinrad Archabbey, St. Meinrad, IN