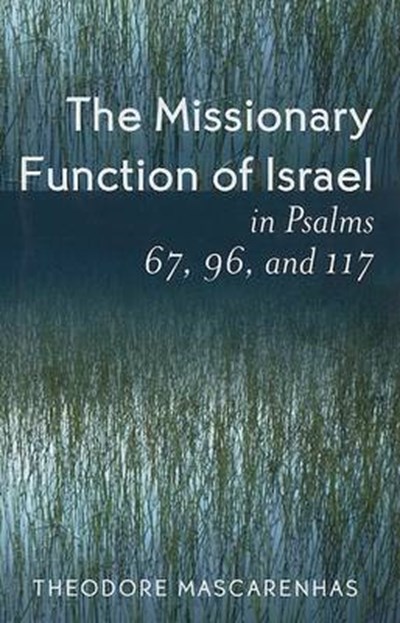 QTY
Add to Basket
Publisher: University Press of America
ISBN: 9780761829300
Number of Pages: 406
Published: 03/02/2005
Width: 14.1 cm
Height: 21.5 cm
Description Author Information Reviews
In this book, Theodore Mascarenhas examines three Psalms-most representative of the missionary function in the Psalter-to determine if there is a missionary function assigned to Israel. The Masoretic text is examined critically, a translation is provided, the poetic techniques and the unity of each Psalm are discussed, and its links to the Psalm surrounding it are investigated. Mascarenhas considers other instances in the Psalter, which hint at a missionary function for Israel. He concludes that the Psalter repeatedly affirms Israel's election and privileged position, which paradoxically compels it to bring others to its God. In the end, Mascarenhas applies his conclusions to a current situation (India) that exhibits striking similarities and parallels to ancient Israel.

Mascarenhas's exegesis of each psalm is characteristically thorough...M. articulates an exegetical method that includes an analysis ofGattung and functional intent, a structural analysis, and an examination of the "immediate and remote context" of each particular psalm within the Psalter. -- William P. Brown, Columbia Theological Seminary, Decatur, GA 300031 Catholic Biblical Quarterly