Conservative Judaism and the Faces of God's Words 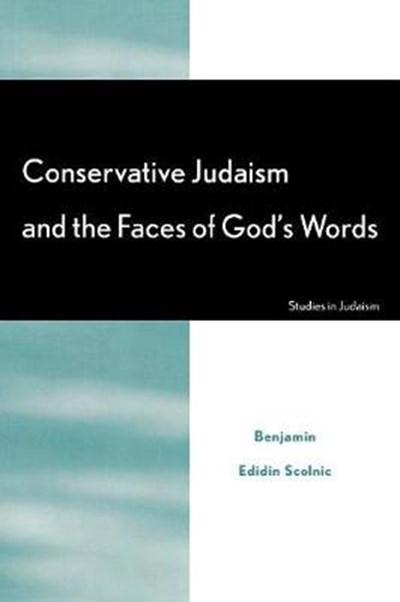 Conservative Judaism and the Faces of God's Words

QTY
Add to Basket
Publisher: University Press of America
ISBN: 9780761832430
Number of Pages: 220
Published: 29/10/2005
Width: 15.4 cm
Height: 22.7 cm
Description Author Information Reviews
While countless millions of people today sincerely claim that the Bible is their main source of inspiration, most of them do not really read it. Instead, they tell what this sacred text should say, rather than allow its words to speak to them. The Bible becomes a monolithic idol hewn out of the stone of their particular ideologies. In a series of pointed and concise essays, Benjamin Edidin Scolnic, rabbi and scholar, interprets the Bible not as "The Word" but as "God's Words." The open-minded reader will find contradictions at every turn and be forced to wrestle with difficult passages fraught with moral and spiritual complexity. Conservative Judaism embraces a pluralistic approach to the Bible that assumes that complexity. The intellectual foundation of Conservative Judaism is the understanding that growth through interpretation has been its hallmark from the time of its origins. Scolnic discusses how pluralistic religious interpretation of the Bible should affect Judaism's perspective on current issues such as spirituality and feminism. Rather than avoid the "hard parts,' he advocates educational and homiletical approaches that confront the most difficult Biblical texts, enabling a new generation to rediscover the flexibility and power of sacred words.