Risen from the Ashes

Tales of a Musical Messenger 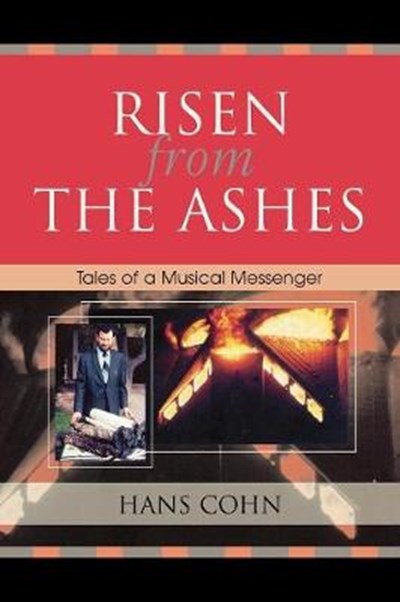 Risen from the Ashes

Tales of a Musical Messenger

QTY
Add to Basket
Publisher: University Press of America
ISBN: 9780761832836
Number of Pages: 152
Published: 12/02/2006
Width: 15.3 cm
Height: 23 cm
Description Author Information Reviews
Risen from the Ashes is one man's memoir of hope and survival during the Holocaust. Having cheated death four times through perseverance, hope, faith, and humor, Hans Cohn vividly narrates his experience from the horrors of the past to spiritual renewal.

Cantor Hans Cohn was born in 1926 in Berlin, Germany. In 1939, with the outbreak of the Second World War, his family fled to Shanghai where he remained until 1946. After coming to America in 1947, he attended Hebrew Union College-School of Sacred Music, where he received his Cantor's degree. He studied voice with Alexander Kipnis at the Manhattan School of Music. He earned his Masters in Education from Stanford University. He served as the Cantor at Temple Beth Jacob in Redwood City, California for 31 years until his retirement in 1994. In 2002, he received an Honorary Doctorate of Music from Hebrew Union College. He resides in Palo Alto, California and is still an active member of his temple and community.

"An inspiring story of persecution, survival, adventure, courage, faith, and spirituality charmingly told by an extraordinary human being." -- W. Michael Blumental, Director of Jewish Musuem Berlin, former U.S. Secretary of the Treasury, and fellow former Shanghai refugee "Hans Cohn has given us a great gift, a remarkable personal saga of courage and commitment. Hans Cohn's story is a living spark of inspiration that transcends the impact of the furious fires of Kristallnacht as well as the arsonist's torch of his California synagogue. A journey of oppression, hope and renewal, this book will never be forgotten by those who read it." -- Lee S. Shulman, president, The Carnegie Foundation for the Advancement of Teaching The range of his experiences and the love and humor with which he recounts them give the book wide appeal... It is hard not to feel sympathy for him, or to find inspiration in his constant positive attitude. Also, the book is divided into fifty-seven short chapters, usually two to four pages, which makes for a brisk and enjoyable read. Risen from the Ashes is a valuable contribution to literature on the Holocaust, Jewish music, and California Jewish history, as well as an example of how to execute an informative and entertaining memoir. Western States Jewish History