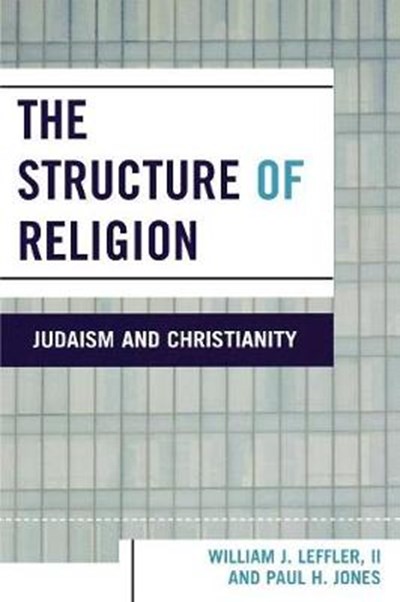 QTY
Add to Basket
Publisher: University Press of America
ISBN: 9780761833154
Number of Pages: 126
Published: 14/02/2006
Width: 16.3 cm
Height: 22.8 cm
Description Author Information Reviews
The Structure of Religion: Judaism and Christianity presents a unique approach to understand each religion within its own context by addressing the differences in the ways in which each manifests itself in the world. Because it is frequently the differences in attitudes and behaviors, and not just beliefs, that constitute the major stumbling blocks to improved Jewish-Christian relations today, this book seeks to enhance respect for and appreciation of the other by utilizing a structural approach to both religions.

William J. Leffler, II was ordained a rabbi at the Hebrew Union College in Cincinnati and was formerly rabbi of Temple Beth Jacob in Concord, New Hampshire, and Temple Adath Israel in Lexington, Kentucky. He is currently a financial planner. Paul H. Jones is Professor of Religion at Transylvania University in Lexington, Kentucky. Professor Jones holds a Ph.D. in Historical Theology from Vanderbilt University in Nashville, Tennessee.

The Structure of Religion is an ideal text for courses in comparative religion. The authors present the historical and theological material in a way that is clear and concise, yet very readable. They explore accurately and in depth the complex issue of the simultaneous closeness AND differences between these two major religions, revealing the common threads but not glossing over major, and sometimes unresolved, differences. -- Rabbi Frank N. Sundheim, former Director of the Southeastern Region of the Union of Reform Judaism, Odessa, Florida Two peoples can believe they use a common language but speak past each other ... Jews and Christians entering into dialogue face this problem ... In this helpful and accessible book, Professor Jones and Rabbi Leffler enable us to move past this problem by making clear the context that makes sense of language and the ways of life that a language reflects and supports. Their work is a must-read for all who are committed to the conversation between Jews and Christians. -- Clark Williamson, Indiana Professor of Christian Thought, Emeritus, Christian Theological Seminary Especially useful to interfaith couples and their families...The authors present a guide to 'thinking outside box,' which can deepen mutual understanding between Christians and Jews, in general and interfaith couples, in particular. -- Marlena Thompson Interfaithfamily.Com The Structure of Religion offers ... a phenomenology of religion [by] presenting ... a structural approach to Judaism and Christianity ... The result is a remarkably successful presentation of each community couched in terms that are intelligible and (I believe) attractive to the other. The book, with its distinctive approach and clear writing style, should bring many members of the two communities into deeper and mutually appreciative dialogue. The closing section, which lists typical questions by members of one community about the other and then briefly answers the questions, will surely further that dialogue. A fine work! -- Walter J. Harrelson, Distinguished Professor of Hebrew Bible emeritus, Vanderbilt Divinity School