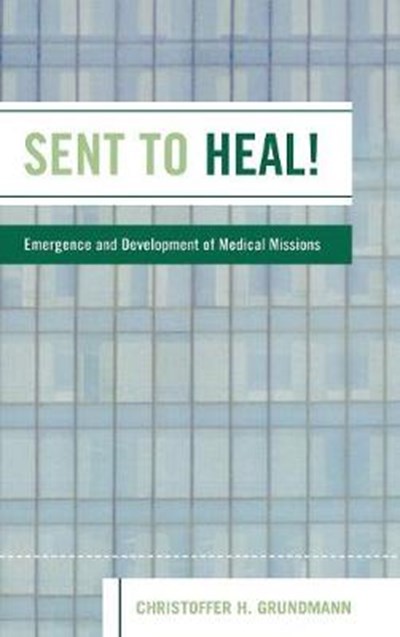 QTY
Add to Basket
Publisher: University Press of America
ISBN: 9780761833192
Number of Pages: 392
Published: 15/01/2006
Width: 17.6 cm
Height: 23.5 cm
Description Author Information Reviews
Sent to Heal! traces the development of medical missions, one of the most intriguing, complex, and controversial phenomena in the history of the encounter of Western and Non-Western cultures promoted by Christianity. This groundbreaking study surveys the missions from their earliest beginnings in the 15th century until the turn of the twentieth century. Sent to Heal! is a defining reference work on the philosophical, theological, missiological, and scientific aspects of medical missions. An extensive bibliography is included.

Christoffer H. Grundmann is John R. Eckrich University Professor in Religion and the Healing Arts at Valparaiso University, Indiana. Professor Grundmann holds a couple of Doctor of Theology from the University of Hamburg, Germany.

Grundmann's closes this laborious study with clarifying assessment...and expresses his intention to continue his study on the subject covering the twentieth century. A second volume of the same quality will be very welcome. -- Gerard Jansen Missiology: An International Review ... for the serious student of medical mission, and for those wishing to grapple with the roots of the twentieth/twenty-first century wave of healthcare mission, this book forms an extremely valuable source of detailed background information. It reveals how many of the strategies, questions and struggles being faced today by those using medical skills in the mission field are echoed in the experiences of the past. -- Steve Fouch, CMF Allied Porefessions Secretary Triple Helix