The Ambiguity of the Christian Tradition 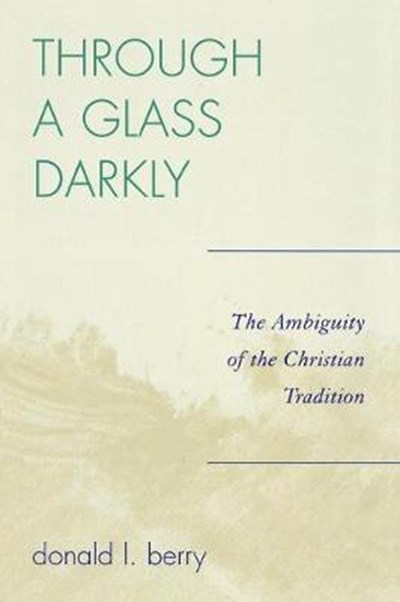 The Ambiguity of the Christian Tradition

QTY
Add to Basket
Publisher: University Press of America
ISBN: 9780761835479
Number of Pages: 96
Published: 02/12/2006
Width: 15.4 cm
Height: 22.9 cm
Description Author Information Reviews
The origin, basic texts, central affirmations, and life-policy proposals of the Christian tradition are more ambiguous than either Christianity's critics or advocates often acknowledge. When the tradition is examined through the lens of ambiguity, certain elements appear to be both less threatening and more inviting than previously thought. Through a Glass Darkly considers how one might grant authority to the biblical texts without regarding them as inerrant or infallibly true. In detailed chapters, this work investigates the ambiguous way in which the tradition construes the life and work of Jesus of Nazareth as both fully human and divine; and how Jesus' special relationship with Mary Magdalene and "the Beloved Disciple" point to a life-enhancing picture of eros modulated in terms of friendship. Taking the ambiguity of the Christian tradition with utmost seriousness can make faith more honest, criticism and defense of the tradition more properly focused, relationships in a religiously plural world more humane, and the daily lives of women and men less fearful.

Donald L. Berry is the Harry Emerson Fosdick Professor of Philosophy and Religion, Emeritus at Colgate University. In addition, he is an Episcopal Priest canonically resident in the Diocese of Central New York. He is the author of Mutuality: The Vision of Martin Buber and Traveler's Advisory.