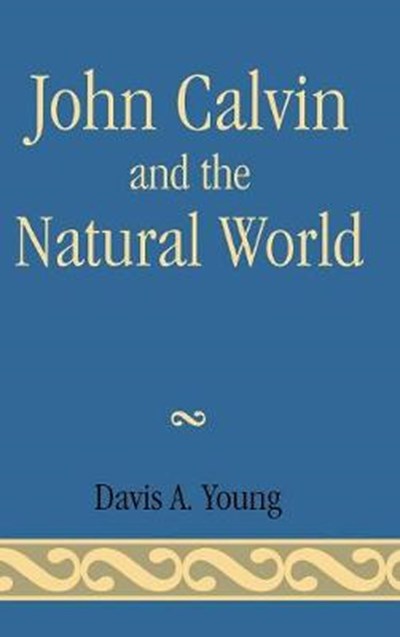 QTY
Add to Basket
Publisher: University Press of America
ISBN: 9780761837121
Number of Pages: 260
Published: 12/04/2007
Width: 16 cm
Height: 23.8 cm
Description Author Information Reviews
This work focuses on a rarely noted side of the Protestant reformer John Calvin: the theologian as a man appreciative of the details of God's creation, an admirer of those who investigate nature, and a leader that accepted their discoveries and conclusions. John Calvin and the Natural World explores the content of Calvin's scientific outlook by reviewing his views on the structure of the cosmos; the nature of matter and motion; weather; the age, shape, place, and history of the Earth; and the behaviors and characteristics of animals, plants, the human body, and disease. Also drawn out, are the classical, biblical, and medieval influences on Calvin's ideas about nature. Professor Davis A. Young concludes the work with a discussion of Calvin's attitudes, practices, and ideas with respect to science in comparison to how these ideas are carried out in the contemporary church. Professor Young surmises that the judicious application of Calvin's principle of accommodation would help the church to deal in a more thoughtful and balanced way in respect to science and nature, and to defuse some of the rancorous debates surrounding the age of the Earth, flood geology, and evolution.

Davis A. Young is Professor Emeritus of Geology at Calvin College. He received his Ph.D. in geological sciences from Brown University. He is the author of numerous books and articles spanning four decades. Some of his most notable publications include Christianity and the Age of the Earth (1982); The Biblical Flood: A Case Study of the Church's Response to Extrabiblical Evidence (1995); and Mind over Magma: The Story of Igneous Petrology (2003).

A thorough analysis of John Calvin's thinking about the natural world is long overdue. Dave Young has done the scholarly world an immense service by his painstaking inquiry into Calvin's views about nature and our knowledge of it. Our understanding of science and theology during the period of the Reformation has been dramatically deepened and widened. A wonderful achievement. -- David N. Livingstone, Professor of Geography & Intellectual History, Queen's University, Belfast Young effectively challenges pastors to overcome their being intimidated by science, and challenges seminaries to provide instructional tools that make that more feasible. -- Christopher B. Kaiser, Professor of Historical and Systematic Theology, Western Theological Seminary This book is comprehensive in terms of Calvin's thinking about creation, nature, and the world. It is indeed a groundbreaking contribution. American Scientific Affiliation This book on Calvin's view of the role of science is relevant for today's ongoing debates between science and Christianity... Young's discussion on the principle of accomodation is a very helpful way to hold both the claims of Scripture and the current conclusions of science. Christian Scholar's Review, Spring 2009 Young gives a thorough analysis of Calvin's views about nature and its phenomena in relation to his theological thinking... Young deserves full marks to the work he did in order to get a clear understanding of Calvin's view of the natural world. I hope this well written book will definitely wipe out all 'pseudo-scientific nonsense' about the French Reformer and the sciences. Journal Of Reformed Theology A book-length study of John Calvin's views on nature and scripture is long overdue. Davis Young's meticulous, comprehensive research on this important topic is most welcome. Young rightly emphasizes Calvin's heavy use of sources such as Pliny and Aristotle, and his suggestion that Calvin may have supplemented these with various later bestiaries is reasonable. His conclusions about biblical hermeneutics and the principle of accommodation-which Calvin wielded deftly and frequently-will be very helpful to readers interested in modern issues related to the Bible and science. -- Edward B. Davis, Professor of the History of Science, Messiah College