The Legacy of the Sumerians in Western Civilization 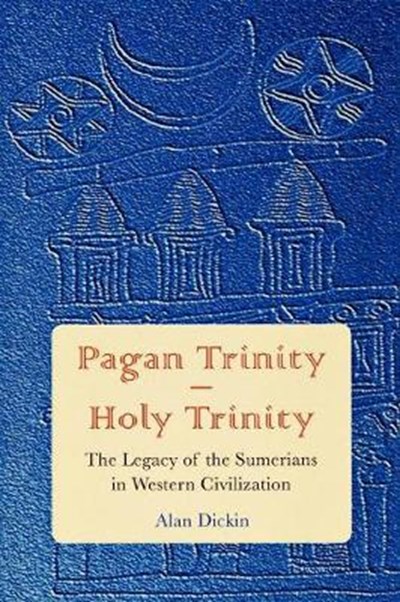 The Legacy of the Sumerians in Western Civilization

eBook FAQ
Add to Basket
Publisher: University Press of America
ISBN: 9780761837770
Number of Pages: 138
Published: 27/09/2007
Width: 15.3 cm
Height: 23 cm
Description Author Information Reviews
This book offers a revolutionary new synthesis of ancient history and religion by bridging the gap between the archaeology of Mesopotamia (now the country of Iraq) and the biblical account of Genesis. Professor Alan Dickin shows how the Sumerians, the ancient inhabitants of Mesopotamia, established the world's first organized religion, which was a direct fore-runner of the Judeo-Christian faith. He places the biblical accounts of the Creation, Fall, Flood, and Tower of Babel in their historical context in ancient Mesopotamia, and identifies the origins of the biblical Trinity in the Sumerian pantheon. Finally, he explores the manner of God's first revelations to mankind and the meaning of the lost secrets of the Garden of Eden. Over seventy line drawings of ancient artifacts, in addition to maps and historical tables, bring the civilization and religion of ancient Mesopotamia to life for a modern audience.

Alan Dickin is Professor of Geology at McMaster University, Hamilton, Ontario, where he has taught for the past twenty years. He is the author of many scientific papers on Geochronology, as well as a graduate-level textbook Radiogenic Isotope Geology, (1995 and 2005). His new book Pagan Trinity - Holy Trinity: The Legacy of the Sumerians in Western Civilization is the result of his lifelong interest in the relationship between the biblical story of origins in Genesis, and geological, archaeological, and historical evidence for the origins of human civilization.