Apocalyptic Literacy in the Book of Daniel 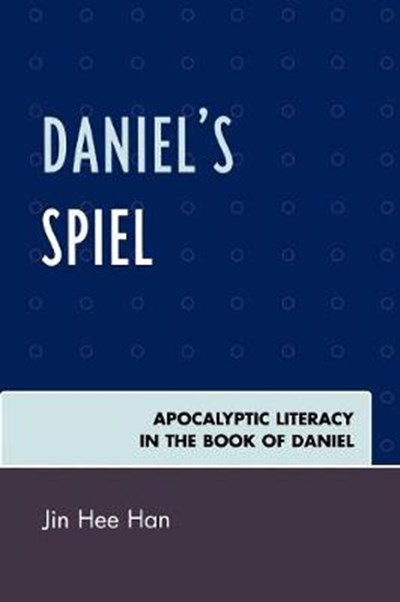 Apocalyptic Literacy in the Book of Daniel

QTY
Add to Basket
Publisher: University Press of America
ISBN: 9780761839132
Number of Pages: 134
Published: 05/01/2008
Width: 15.4 cm
Height: 23.2 cm
Description Author Information Reviews
The hostile regime that set out to annihilate the Jewish religion and culture forms the background of the Book of Daniel. Jin Hee Han's book, Daniel's Spiel: Apocalyptic Literacy in the Book of Daniel, identifies the main agenda behind the creation of the book of Daniel, explaining how Daniel promotes an alternative discourse in opposition to the Hellenistic regime in the second century B.C.E. The word "Spiel" in the title refers to Daniel's strategy of using apocalyptic language to give the people hope, as he offered them a discourse of resistance meant to keep alive their anticipation of God's inevitable triumph over the evil regime that tormented them. Author Jin Hee Han provides modern readers with useful insights into why the Book of Daniel was created and offers clues of how it might be interpreted today.

Jin Hee Han is Professor of Biblical Studies at New York Theological Seminary, where he has taught the Bible and Hebrew for the past fifteen years. An ordained minister of the Presbyterian Church (USA), he has written many articles in biblical studies and has spoken at numerous conferences and workshops.

In this important and groundbreaking book Jin Han expounds the significance of the social function of apocalyptic language as pedagogy for an oppressed people. He demonstrates the central place which the apocalyptic texts have in Second Temple Judaism as epistemological transforming texts, in which dreams of another world are crucial for maintaining hope, by forming an alternative outlook on the world. -- Christopher Rowland, Dean Ireland Professor of the Exegesis of Holy Scripture, University of Oxford A brief summary of the main thrust of Han's work does not do justice to the sophistication and broad range of the interdisciplinary scholarship that Han brings to bear on his basic argument. Catholic Biblical Quarterly, Spring 2009 Han's book probes the complexities of Daniel and its larger apocalyptic environment with great acumen and presents his results in compelling fashion. Readers will find that reading and writing are topics of large significance in understanding apocalyptic. Both an introduction to apocalyptic and an exploration of Daniel as an example, this book is written in a "language" that opens up both subjects with clarity and depth. The result for the reader is a new literacy in things and language apocalyptic. The book is powerfully theological and in touch with the issues of contemporary life about how we may think and believe in situations of hopeless adversity. -- Patrick D. Miller, Professor of Old Testament Theology Emeritus, Princeton Theological Seminary