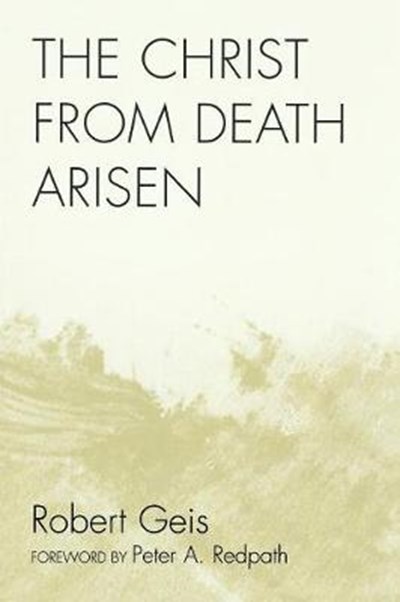 QTY
Add to Basket
Publisher: University Press of America
ISBN: 9780761840770
Number of Pages: 268
Published: 06/07/2008
Width: 15.2 cm
Height: 23 cm
Description Author Information Reviews
The Christ From Death Arisen demonstrates the missteps in reasoning that characterize objections to the Christian doctrine of Resurrection-Hume's fallacies, a variety of post-Renaissance exegesis, and outright assumptions without foundation. A rigorous methodological critique moves step-by-step and invites the reader to question every argument raised against the claim "He has risen." Author Robert Geis asserts that the nature of evidence, its epistemological and metaphysical groundings, gives the Resurrection investigator heightened clarity with which to study Christianity's central tenet. The Christ From Death Arisen is a valuable contribution to Resurrection scholarship that will surely deepen the area of study.

Robert Geis is the author of two published philosophical works on immortality, Personal Existence After Death: Reductionist Circularities and the Evidence and "Descartes' Res: An Interactionist Difficulty" in the 1997 collection of essays edited by Brendan Sweetnam, The Failure of Modernism. He is a prelate protosyncellus in the Eastern Orthodox Catholic rite.