'The Black Does not Enter the Church, He Peeks in From Outside' 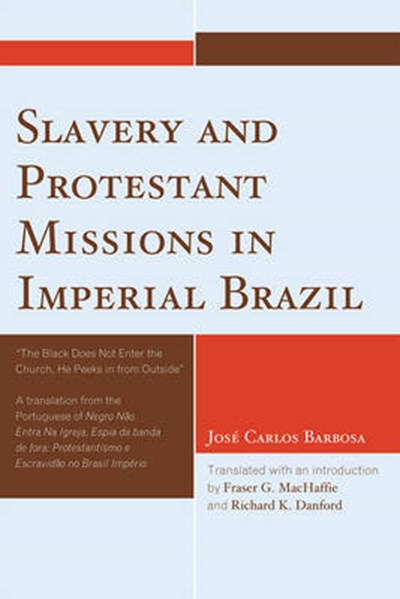 'The Black Does not Enter the Church, He Peeks in From Outside'

QTY
Add to Basket
Publisher: University Press of America
ISBN: 9780761843009
Number of Pages: 190
Published: 17/11/2008
Width: 15.4 cm
Height: 23.1 cm
Description Author Information Reviews
"I confess: Great is my shame and great is the bewilderment of Christ's Church in Brazil, upon seeing unbelievers release their slaves out of simple love for humanity, while those who profess faith in the Redeemer of captives fail to break the fetters of impiety nor set the oppressed free!" -Eduardo Carlos Pereira (1886) In 1888, Brazil was the last nation in the modern west to abolish slavery. Slavery and Protestant Missions in Imperial Brazil is an enlightening look at the role Christianity played in the struggle to abolish slavery in Brazil. Author Jose Carlos Barbosa seeks to explain why Protestant missionaries stationed in Brazil during the nineteenth-century remained silent on the issue of abolition, even after the end of the American Civil War. Barbosa asserts that the missionaries' first priority was to secure a toehold for Protestantism and that meant not alienating the political and landowning elites of Brazilian society. Also, dominant theological thinking placed spiritual matters over temporal: "Give to Caesar what is Caesar's, and give to God what is God's." Making abolition in Brazil a largely secular struggle.

The book discusses a subject, which has been only fleetingly examined and for that reason brings new information and clues for future research. The honesty and courage of Barbosa's research ... may shock many Protestant readers due to the timidity or even silence of their respective denominations in the battle for abolition [of slavery in Brazil]. -- From the preface by Dr. Duncan A. Reily This excellent book by Jose Carlos Barbosa represents an outstanding contribution to the study of Brazilian Protestantism. It examines an issue that has received little attention but is of great importance to understanding how Protestant denominations came to be implanted in Imperial Brazil... Protestants were not prepared to tackle the most painful question of the day, precisely because they were blinded by the harsh struggle to secure a religious space in Brazilian society. Starting with these facts, Barbosa reveals the true politics of non-involvement erected upon the delicate efforts to maintain a safe distance from a matter as weighty as slavery. -- Elias Boaventura, Professor in the graduate program in Education at the Methodist University of Piracicaba