As Dying, Behold We Live 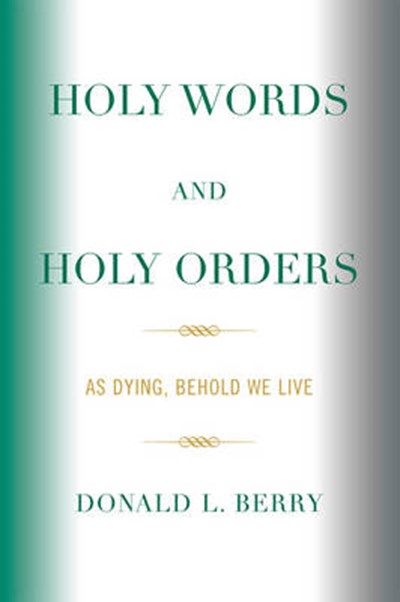 As Dying, Behold We Live

QTY
Add to Basket
Publisher: University Press of America
ISBN: 9780761844181
Number of Pages: 100
Published: 16/07/2009
Width: 15.4 cm
Height: 23.3 cm
Description Author Information Reviews
This book addresses controversial issues in contemporary church life using liturgical commentary, homiletical illustration, and theological reflection. Issues examined include: gender and sexuality, relation of lay and ordained ministries, the relation of biblical Israel and the modern state, the differences between the Hebrew Scriptures and the Old Testament, the need for careful expository preaching, and deference to tradition as well as openness to new ways. The focus here is on the Episcopal Church in America, yet the examples and pleadings have relevance to the wider Christian community.

Donald L. Berry is the Harry Emerson Fosdick Professor of Philosophy and Religion Emeritus at Colgate University. He is an Episcopal priest in the Diocese of Central New York and was the Rector of St. George's Church of Chadwicks, NY, from 1976-1990. He is the author of Mutuality: The Vision of Martin Buber, Traveler's Advisory, and Through a Glass Darkly: The Ambiguity of the Christian Tradition.