Africa and the New Face of Mission 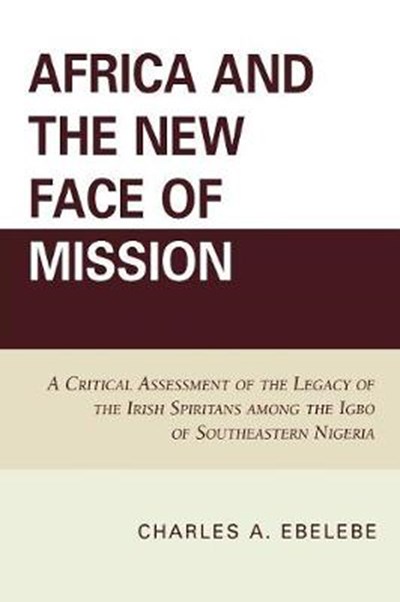 Africa and the New Face of Mission

QTY
Add to Basket
Publisher: University Press of America
ISBN: 9780761845966
Number of Pages: 262
Published: 16/08/2009
Width: 14.3 cm
Height: 20.8 cm
Description Author Information Reviews
In Africa and the New Face of Mission, Ebelebe argues that the mission theory and practice of the Irish Spiritans in Igboland (1905-1970) was forged in the socio-political and faith environment of the late nineteenth and early twentieth century Ireland; an environment that produced a Church that was sacramentized, devotional, conservative, and clerical. It was this Church that the Irish Spiritans took to Igboland, and the Church that has largely endured there until now. The author considers this regrettable and calls for inculturation as the only way forward. He highlights the significant contribution of the Igbo Catholic Church to the growing pool of missionaries from the South and argues that for this Church to be truly Igbo, it must be selective in what it reclaims from its Irish Heritage and must draw from the resources of Igbo traditional culture and religion. In this way, the Church can better equip its growing number of missionaries to other nations.

Charles A. Ebelebe, C.S.Sp., Ph.D., is a Spiritan priest from Nigeria. He received his academic formation in the seminaries of the Spiritans in Nigeria and was ordained in 1995. He has served as a missionary among the Borana of southern Ethiopia (1997-2001) after which he went to Marquette University in Wisconsin for both his graduate and doctoral studies. He teaches theology at the Spiritan International School of Theology in Enugu, Nigeria.

Not restricted simply to critiquing the past, Ebelebe's study outlines future pastoral initiatives that would solidify achievements and enrich other cultural contexts. -- Michael A. Fahey, S.J., Department of Theology, Boston College American as well as Nigerian readers will find Ebelebe's arguments challenging and his style charming...[a] valuable contribution. -- Patrick W. Carely, William J. Kelly, S.J. Chair in Catholic Theology Marquette University, Milwaukee Dr. Ebelebe brings to bear his respected and sharp intellectual acumen, extensive and dogged research, and felicitous expression...This book will reward the general reader, but professors and students of missiology and Catholic theology will find it especially valuable. -- James Chukwuma Okoye, C.S.Sp., Carroll Stuhlmueller Professor of Old Testament Catholic Theological Union, Chicago This book opens with a powerful and poignant foreward... It provides good insight into the cultural context in which the Christian message was eventually immersed... This volume makes significant contributions to the larger discourse on mission studies. Ebelebe writes with clarity and conviction. His study provides an important African perspective on the theology and raison d'etre of mission, on which the future of the Christian church necessarily rests. -- Akintunde E. Akinade International Bulletin Of Missionary Research, January 2010 This is a pioneer study...an intimate journey into the missiological soul of the Congregation. -- Ogbu.U. Kalu Mccormick Theological Seminary, Chicago, Henry Winters Luce Professor of World Christianity and Mission This is a fascinating book... I was amazed at the number of different insights that he had, pointing out things I had not even considered... It has an excellent bibliography and an index. Missiology: An International Review