The Question of Papal Infallibility 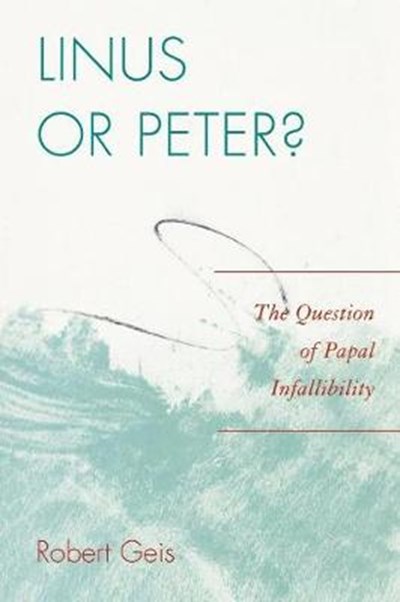 The Question of Papal Infallibility

QTY
Add to Basket
Publisher: University Press of America
ISBN: 9780761845980
Number of Pages: 150
Published: 16/08/2009
Width: 15.2 cm
Height: 22.1 cm
Description Author Information Reviews
In Linus or Peter? The Question of Papal Infallibility, Geis argues that the Vatican I proclamation on papal infallibility is directly rendered uncertain, if not outright discredited and disproved, by three passages in Scripture (Mt. 18:18, Lk. 10:1-16, 1 Cor. 10:4). Lexical inquiry into other Scriptural passages dealing with the Scriptural terms "rock" and "cornerstone" solidify this claim. Scrutiny of Patristic sentiment adds to the evidence, as does dating Acts' record of Peter's missionary activities. History shows a tension between wayward papal conduct and dogmatic claims, as well as records of excommunicated popes. 18:18 argues, Geis claims, for the inerrancy of the Spirit's guidance witnessed in the practice and belief of the worldwide Christian community over the millennia. The Roman rite claim for a Divinely ordained Vicariate of authoritative pronouncements, having no Scriptural basis, emerges as an impediment to Christian unity, to Christ prayer "that they may be one" (Jn. 17:20-21).

Robert Geis is the author of the published philosophic study Christ From Death Arisen (2008), and two published philosophic works on immortality, Personal Existence After Death: Reductionist Circularities and the Evidence (1995) and "Descartes' Res: An Interactionist Difficulty" in the 1997 collection of essays edited by Brendan Sweetman, The Failure of Modernism. Geis' most recent book is Same-Sex in Scripture (2008). His graduate studies in philosophy were through a fellowship at Loyola University. He pursued graduate scripture courses in Hebrew at Mt. St. Mary's University Seminary. He is a prelate protosyncellus in the Eastern Orthodox Catholic rite.