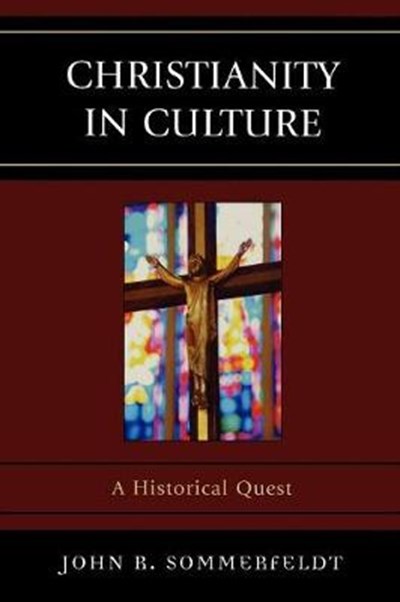 QTY
Add to Basket
Publisher: University Press of America
ISBN: 9780761846710
Number of Pages: 262
Published: 16/10/2009
Width: 14.9 cm
Height: 21.2 cm
Description Author Information Reviews
In Christianity in Culture, the author reflects upon the interaction of Christianity and culture. Although the history of the Church is often prominent in this book, the subject is not that of Church history. The history of the institution known as "church" is important to this story because the Church, like all institutions, becomes a component of culture, reflecting and influencing ideas. The Church is an institution devised to make Christianity real and tangible and, like all institutions, has changed over time in both structure and organization. The reformations of the sixteenth century, for instance, had repercussions as such that today it is no longer possible to speak simply of "the Church" without acknowledging its fragmentation. Sommerfeldt describes these competing ideas of Christianity without supporting any one side. Rather, the author provides the cultural and historical background that will enable the reader to understand the differing positions of Christianity.

John R. Sommerfeldt is a professor of history at the University of Dallas. He was the founder and director of the Medieval Institute at Western Michigan University and, for many years, hosted the International Congress on Medieval Studies held each year at that university. In 1978, he came to the University of Dallas to serve as president, and happily continues to teach at that institution. He has also written or edited twenty-nine volumes on matters intellectual and cultural.