The Lessons of the Founders as Derived from Economic History 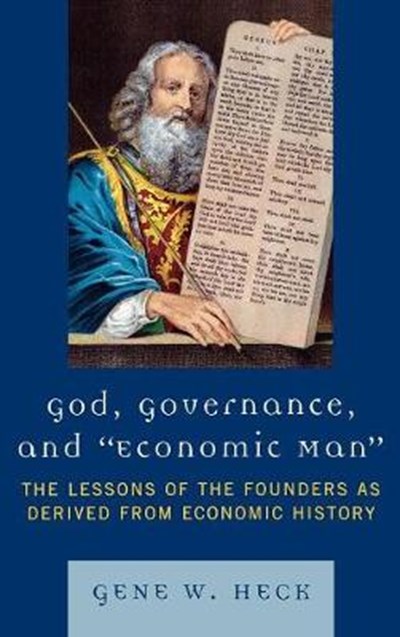 The Lessons of the Founders as Derived from Economic History

QTY
Add to Basket
Publisher: University Press of America
ISBN: 9780761848165
Number of Pages: 326
Published: 16/10/2009
Width: 16.3 cm
Height: 24.1 cm
Description Author Information Reviews
An excerpt from God, Governance, and "Economic Man": "Yet to what end? Why does free speech protect the rights of child pornographers but not Christians? Since the First Amendment makes hostility to religion as unconstitutional as the establishment of a state religion, the overarching question becomes: Why is it a matter of federal juridical concern that someone might want to rejoice in the reality that: 'Christ the Savior is born?'" "Christmas-a seasonal event observed by many Americans-is just that, 'Christmas.' It is universally known for what it is-commemoration of the birth of Christ, not the Druids' winter solstice or the ancient Romans' saturnalia, both of which antedated it and whose parallels, if perpetuated, would render its celebration hollow. Happy solstice! Hail to winter!" "The crucial question thus becomes: don't counter-culturalists, the ACLU, and the courts have better things to do than to make would-be constitutional criminals out of tiny children whose only crime is that they want to sing Christmas carols? As one wag has most aptly described it: 'Perhaps the reason the ACLU is so jealous of manger scenes is that it has neither wise men nor virgins amongst its membership!'"

Dr. Gene W. Heck is a senior business development economist operating throughout the Middle East. He is the author of a dozen books and holds a doctorate and three master's degrees from the University of Michigan as well as a master's in public administration from Golden Gate University. His national award winning work in economic development has produced many business expansion successes.