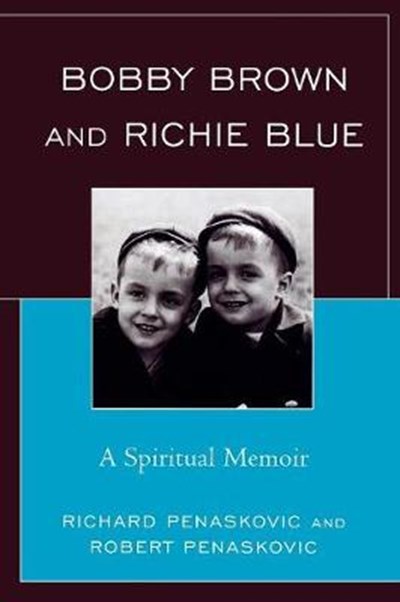 eBook FAQ
Add to Basket
Publisher: University Press of America
ISBN: 9780761849094
Number of Pages: 130
Published: 10/11/2009
Width: 15.4 cm
Height: 23.3 cm
Description Author Information Reviews
Bobby Brown and Richie Blue: A Spiritual Memoir tells the story of a set of twins and their unique perspective on life. The book discusses topics ranging from the pre-and post-Vatican II church and religious life, urban life in the 1950s, the antinomies between two ethnic groups: the Italians and the Slovaks, and the psyche of twins. Each chapter concludes with a section called "Counting Our Blessings," in which the authors reflect upon the spiritual lessons they have learned throughout their lives. Despite challenges during childhood, the twins depended on each other for emotional survival and learned to trust in God at an early age.

Richard Penaskovic is a professor of religious studies at Auburn University, Alabama. He served as a Franciscan priest, but eventually left the active priesthood. Penaskovic studied in at the University of Wurzburg (B.A., M.A. equivalent) and the University of Munich, where he earned a Ph.D. Robert Pensakovic has a private practice in psychotherapy in Mineola, New York. Like Richard, he was also a Franciscan priest but has since left the priesthood. Penaskovic earned degrees from St. Hyacinth College, St. Anthony-on-Hudson, and Adelphi University (M.S.W.).