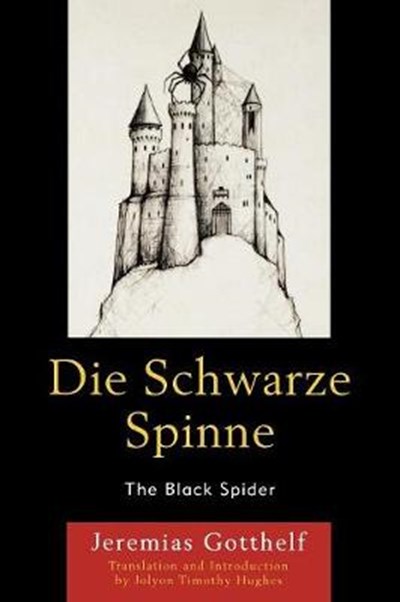 eBook FAQ
Add to Basket
Publisher: University Press of America
ISBN: 9780761852094
Number of Pages: 200
Published: 09/08/2010
Width: 15.5 cm
Height: 23.6 cm
Description Author Information Reviews
Die Schwarze Spinne is a religious allegory about morals and religious living in the mid-nineteenth century, written by Jeremias Gotthelf. This work is an interlinear translation of Gotthelf's Die Schwarze Spinne with introductions to both the author and the work itself. In a small Swiss community, a baptism is the backdrop for a village elder to tell the story of his family and their life and death struggle with the devil himself. The elder relates the story of a knight and his ill treatment of the farmers of the area. The knight's inhuman demands upon the peasants bring about unforeseen consequences, which lead to the decimation of the village and, ultimately, the knight's own death. The plague released through a pact with the devil, the black spider, haunts the village for hundreds of years and must be fought with religious piety, courage, and devotion to traditional values. It is when one forgets God and his commandments that the black spider is at its most deadly. A true tale of morality written by a pastor in 1842, The Black Spider serves as a warning to those who, according to Gotthelf, go against the will of God.

Jolyon Timothy Hughes, Ph.D., is assistant professor of German at Colorado State University in Fort Collins, Colorado. Jeremias Gotthelf (1797 - 1854) was born Albert Bitzius in what was then the Swiss Canton of Bern. He studied at the Theological Academy in Bern and was ordained in 1820, after which he worked for his father, a pastor, as curate in Utzenstorf for a year. In 1821, he traveled to Germany and spent time at the university in Goettingen before returning to the position of curate. In 1832, Bitzius became a pastor in Lutzelfluh. Bitzius adopted the pseudonym of Jeremias Gotthelf, under which he began to write fiction as an outgrowth of his sermons.