Francis of Assisi as Artist of the Spiritual Life 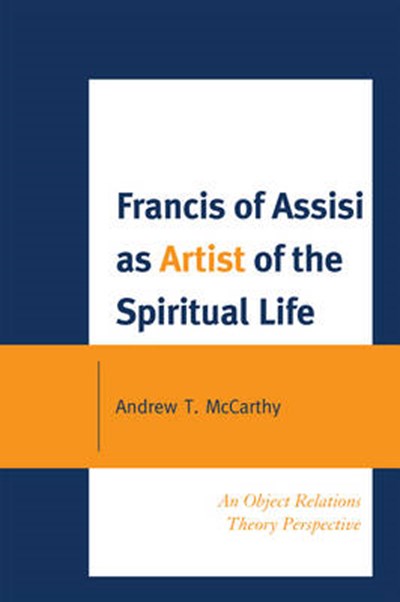 Francis of Assisi as Artist of the Spiritual Life

eBook FAQ
Add to Basket
Publisher: University Press of America
ISBN: 9780761852506
Number of Pages: 284
Published: 13/10/2010
Width: 15.4 cm
Height: 23.1 cm
Description Author Information Reviews
Francis of Assisi as Artist of the Spiritual Life applies modern psychological understanding to a historical person. While most such studies have sought a comprehensive personality profile, this work focuses on one aspect - Francis' imagination - and seeks greater insight into the imaginatively inspired spiritual vision of St. Francis. An analysis of Francis' writings builds on a survey of modern views of the imagination and the approach of ORT, or Object Relations Theory. ORT, with its contention that the imaginative creation of an infant's world develops out of the earliest interactions with the maternal caregiver, highlights the way Francis formed his way of visualizing the reality around him. While any study of a person 800 years in the grave is more dependent on what is plausible than on what is determinable, this study finds numerous examples where Francis' writings display an adept use of imagination and even encourages others in that use in a manner that corresponds to an ORT perspective on tutoring the imagination.

Andrew T. McCarthy received his Master of Arts degree in theology from Spring Hill College in Mobile, Alabama and his PhD in theology and religious studies from The Catholic University of America. He is an assistant professor of humanities at Anna Maria College in Paxton, Massachusetts, where he continues his research in spirituality and the psychology of religion.