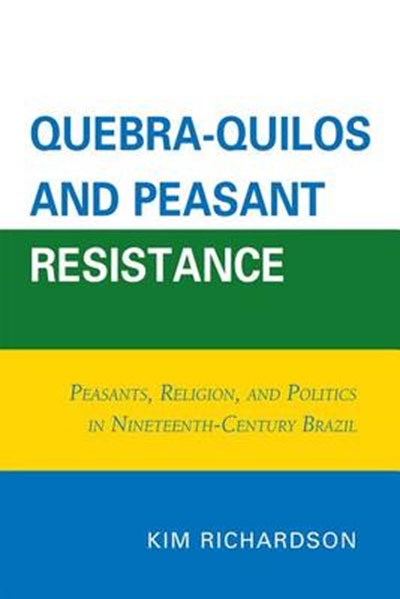 QTY
Add to Basket
Publisher: University Press of America
ISBN: 9780761853046
Number of Pages: 170
Published: 16/02/2011
Width: 16.2 cm
Height: 24.3 cm
Description Author Information Reviews
In 1874 and 1875, Brazilian peasants in the Northeastern region of Brazil rose up in rebellion, destroying the weights and measures of the new metric system implemented by the government from Rio de Janeiro. The authorities quickly dubbed this the Quebra-Quilos or the "Break the Scales" uprising. Richardson's analysis of the uprising explores its underlying causes: increased taxes, rising costs of foodstuffs, the forced implementation of this new metric system, fear of being drafted into the military and, finally, the imprisonment of two of the leading bishops in Brazil, known as the Religious Question. Quebra-Quilos and Peasant Resistance explores the complicated, multi-faceted uprising. The book covers the causes and results of an economy gone awry, governmental attempts at modernization, and the inevitable nineteenth-century conflicts over church-state relations.

Kim Richardson received his MA from the University of Texas at Austin and his PhD from Texas Tech University. He is currently teaching as an assistant professor at the University of South Carolina, Lancaster regional campus. He is married with three children.

Richardson effectively shows how decreasing government revenues from exports led to a desperate implementation of new taxes, some fourteen in Pernambuco alone from 1863 to 1869, to support municipal and provincial budgets. ... Richardson provides a detailed history of the conflict between the Brazilian state and the Vatican over precedence in religious and church matters and the role of Jesuit and Capuchin priests in the revolt. ... Richardson's approach is useful in laying out the complexities of the revolt and suggests the necessity of further research that reveals more of participants' individual motivations. Richardson successfully documents crucial aspects of rural northeastern society, the economic decline of the region, the myriad causes of the revolt, and the ways in which the revolt was used to political ends, and is thus a valuable contribution toward our understanding of the northeastern Brazil during the Second Empire. Luso-Brazilian Review