Pope Francis, Conscience of the World 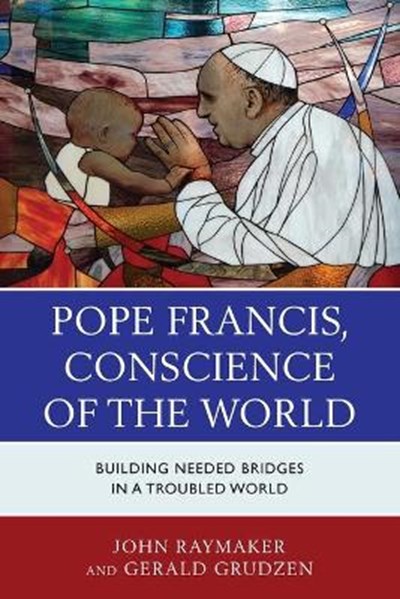 Pope Francis, Conscience of the World

eBook FAQ
Add to Basket
Publisher: University Press of America
ISBN: 9780761871927
Number of Pages: 152
Published: 12/11/2019
Width: 15.3 cm
Height: 22.1 cm
Description Author Information Reviews
Why is it that Pope Francis is admired by so many? What gives him the uncanny ability to speak with young people in language familiar to them? In this book, John Raymaker and Gerry Gruzden explore the life and writings of Pope Francis which have a prophetic, visionary ability to speak to important issues of the day. The authors evaluate how Pope Francis' encounters with religious leaders of other faiths have broken new ground to help unite mankind. They reach back into Christian history to explore the teachings of such Catholic mystics as Thomas Merton while also delving into the beliefs of Islamic and Buddhist mystics to demonstrate how well the pope is in touch with a spirituality that can speak to those seeking the truth. In its final chapters, the book examines how the pope endorses the work of Christians who live their faith in small Christian communities and reveals how such communities can strengthen parish life in various parts of the world. Like St. Francis, his namesake, and like Teilhard de Chardin before him, the pope has an appropriate vision to rebuild God's Church in a transitional age. His writings have focused on caring for the earth and preaching the good news of the gospels in a way that and allows him to reach young people in need of joy as they face an uncertain future. He is the Conscience of the World.

John Raymaker spent twenty-five years as a missionary in Japan where he worked at the Tokyo Oriens Institute for Religious Research. He taught cultural anthropology and biblical studies at Junshin and Hosei Universities in Tokyo. Gerald Grudzen is the founder and president of Global Ministries University. He has worked on educational and development projects in Bangladesh, Turkey, Egypt and now in Kenya for the past eight years in addition to his teaching in the United States.