Will Pope Francis or a Successor Call a Vatican III Council?

Some Global and Historical Perspectives on Ongoing Crises 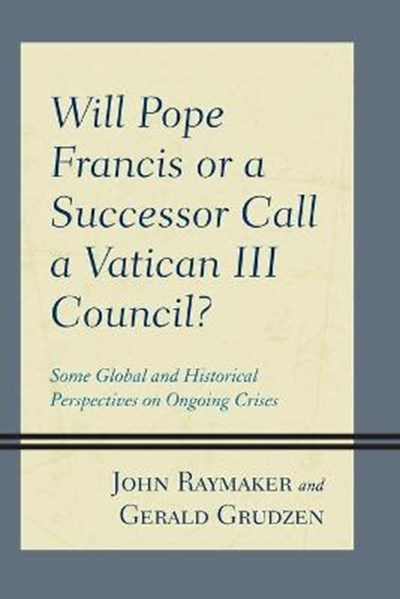 Will Pope Francis or a Successor Call a Vatican III Council?

Some Global and Historical Perspectives on Ongoing Crises

eBook FAQ
Add to Basket
Publisher: University Press of America
ISBN: 9780761872252
Number of Pages: 226
Published: 08/06/2020
Width: 15.3 cm
Height: 22.2 cm
Description Author Information Reviews
In 2008, the authors wrote Steps toward Vatican III which explored developments occurring in the Catholic Church including its teachings on social justice, interreligious dialogue, and Small Christian Communities. This update of Steps explores how Pope Francis has developed such themes in original ways in his encyclicals and in his use of synodal consultations. For example, in his Encyclical Laudato Si, the pope seeks to lead us into the mysteries of the universe, of creatures, and the harmony of creation. It helps us reflect on the universal communion of nature. Calling for a global ecological policy and a cooperative approach, the pope warns us that unless we respect nature, the entire planet and humanity will face drastic consequences. In his meetings with economists and entrepreneurs, the pope has proposed a pact for renewing the economy to counteract the asocial aspects of modern business practices. He has discussed some of the most complex problems in today's world--from safeguarding the environment to courageously committing oneself to rethink the economic paradigms of our time. Young people, in particular, have responded with enthusiasm to Pope Francis' initiatives. The book notes how some "traditional" Catholics have opposed the pope, but it argues that, in fact, the pope is more traditional than his critics for he insists on going back to Jesus' own teachings. The new ongoing crises such as the breakdown and rise of new ideologies, terrorism, massive advances in the sciences and in technology, as well as fundamental shifts in gender relations are further factors considered in the book. Indeed, the world is now radically different from the world of the early 1960's when Vatican II Council was held. Due to these many radical changes, the book suggests the need for a Vatican III which would consolidate the Church's global outreach on every continent.