Encyclopedia of Medicine in the Bible and the Talmud 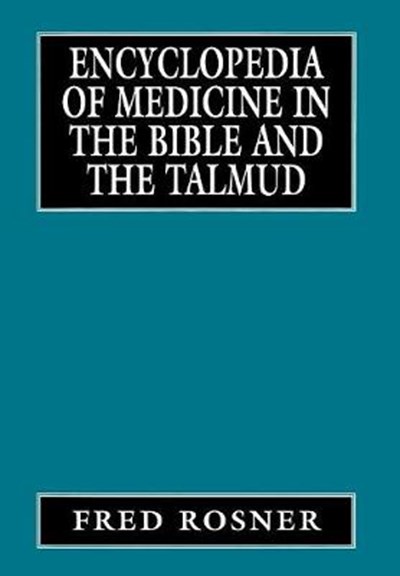 Encyclopedia of Medicine in the Bible and the Talmud

QTY
Add to Basket
Publisher: Jason Aronson Inc. Publishers
ISBN: 9780765761026
Number of Pages: 362
Published: 01/08/2000
Width: 16.7 cm
Height: 23.9 cm
Description Author Information Reviews
Since the first systematic treatises on medicine in the Bible and Talmud were published in the seventeenth century, a great number of people, Jews and non-Jews, physicians, scientists, historians, clergy, and laymen have contributed, in varying degrees, to this field. The extraordinarily high number of Jews among Nobel Prize winners for medicine and physiology during the twentieth century attests to the age-old interest and expertise in medicine among Jews. Jewish medicine has recently been enriched by the addition of an entirely new rubric-Jewish medical ethics. Though deeply embedded in early biblical and rabbinic literature, Jewish medical ethics as a distinct discipline is only about forty years old and continues to flourish in response to the growing demand for ethical guidelines consonant with classic Jewish sources. The Encyclopedia of Medicine in the Bible and the Talmud includes many items related to Jewish medical ethics and serves as an important tool for those who wish to read about or research medical and related topics as found in traditional biblical and talmudic sources. The classic book on biblical and talmudic medicine, Biblisch-Talmudische Medizin (originally published in 1911), was translated into English by Dr. Fred Rosner This book gathers the medical and hygienic references found in the Jewish sacred, historical, and legal literatures. Dr. Rosner presents an extension and expansion on Preuss' book.

Dr. Fred Rosner is Director of the Department of Medicine of the Mount Sinai Services at the Queens Hospital Center and Professor of Medicine at New York's Mount Sinai School of Medicine. Dr. Rosner is an internationally known authority on medical ethics and has lectured widely on Jewish medical ethics. He is the author of five widely acclaimed books on Jewish medical ethics, including Modern Medicine and Jewish Ethics and Medicine and Jewish Law. These books are up-to-date examinations of the Jewish view on many important bioethical issues in medical practice. Dr. Rosner is also a noted Maimonidean scholar and has translated and published in English most of Maimonides' medical writings.

Dr. Fred Rosner's current literary offering to an avid readership that has benefited so greatly from his facile pen and lucid expositions for more than three decades will surely be welcomed enthusiastically. Those of us, whose professional lives bring us into daily contact with the ethical and moral dilemmas on the interface of medical practice, biblical and talmudic law custom, in addition to the thousands of learned laity, owe a special thanks to the author. Encyclopedia of Medicine in the Bible and the Talmud is a masterful presentation, in capsule form, of the basic concepts of Judaism as they relate to modern medicine and technology as well as a historical read of the biomedical subjects discussed in the early writings of the Talmudists. Selected references permit the student-reader to delve further into the subjects that hold his or her interest. It is an essential publication to be in every home and school library. -- Moshe David Tendler, Ph.D., Yeshiva University