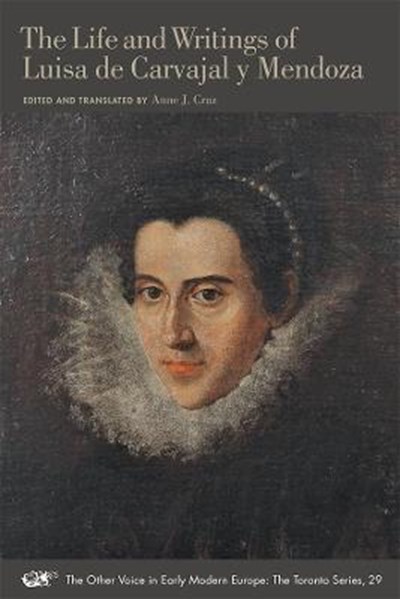 Publisher: University of Toronto Press
ISBN: 9780772721563
Number of Pages: 370
Published: 01/03/2014
Width: 15.9 cm
Height: 23.7 cm
Description Author Information Reviews
Rejecting marriage and the convent, the Spanish noblewoman, poet, and religious activist Luisa de Carvajal y Mendoza ( Jaraicejo 1566-London 1614) led an uncommon life of adventure and spiritual devotion. Orphaned as a child, she lived first at Philip II's court, and then with an uncle, the Viceroy of Navarra, who enforced harsh discipline on his ward. Through her contacts with the English Jesuits, Carvajal traveled secretly to London as a self-appointed missionary, where she was jailed twice for preaching against Anglicanism. A tireless writer, Carvajal left a small but impressive collection of spiritual poetry, an autobiography, and over two hundred letters. This volume provides a scholarly introduction and translations of selections from her writings.

Anne J. Cruz is professor of Spanish and Cooper Fellow at the University of Miami. Her publications range from studies on Spanish Petrarchism, Cervantes, and the comedia to women's writings and the picaresque novel. She is a member of the Bibliografia de Escritoras Espanolas (Bieses) Research Team, coeditor of Early Modern Women: An Interdisciplinary Journal, and editor of the Ashgate series New Hispanisms: Cultural and Literary Studies. She has recently been named corresponding member of Spain's Royal Academy of History.