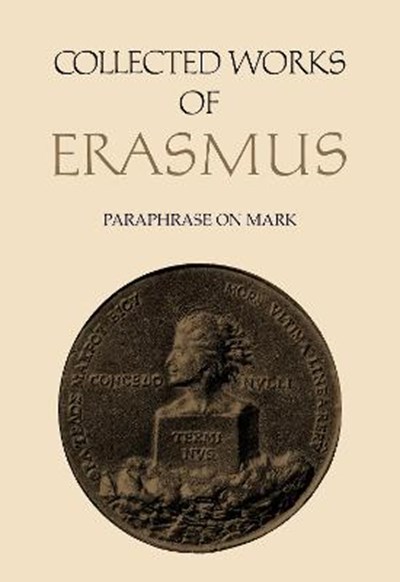 Publisher: University of Toronto Press
ISBN: 9780802026316
Number of Pages: 234
Published: 01/11/1988
Width: 17.9 cm
Height: 25.5 cm
Description Author Information Reviews
Erasmus yearned to make the Bible an effective instrument in the reform of society, church, and the life of individuals in the turbulent world of the sixteenth century. He therefore composed paraphrases in which the words of Holy Scripture provided the core of a text vastly expanded to embrace the reforming 'philosophy of Christ.' The Paraphrases were successful beyond expectation and were quickly translated into French, German, English and other languages. Volume 49 of the Collected Works of Erasmus series.

Desiderius Erasmus (c. 1466-1536), a Dutch humanist, Catholic priest, and scholar, was one of the most influential Renaissance figures. A professor of divinity and Greek, Erasmus wrote, taught, and travelled, meeting with Europe's foremost scholars. A prolific author, Erasmus wrote on both ecclesiastic and general human interest subjects. Robert D. Sider is the Charles A. Dana Professor Emeritus of Classical Languages at Dickinson College and an adjunct professor in the Department of History at the University of Saskatchewan. Erika Rummel is a professor emerita in the Department of History at Wilfrid Laurier University.