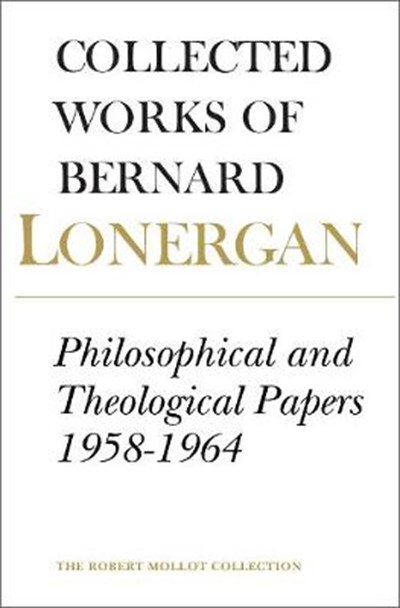 eBook FAQ
Add to Basket
Publisher: University of Toronto Press
ISBN: 9780802034748
Number of Pages: 306
Published: 09/03/1996
Width: 15.6 cm
Height: 23.5 cm
Description Author Information Reviews
The period during which Bernard Lonergan delivered the eleven lectures in this volume was one of important transition for him: he was moving rapidly toward a new conception of theology and its method; and he was on the verge of what is now recognized as a major breakthrough in his thought on method, the idea that came to him in February 1965 of the eight functional specialities. While the lectures maintain a continuity with Lonergan's previous work, they also reveal new and significant ideas, especially in regard to his drive toward a new conception of theology as a whole, and his particular concern for the relevance of theology to the spiritual life. The lectures here include 'The Redemption,' 'Method in Catholic Theology,' 'The Philosophy of History,' 'The Origins of Christian Realism,' 'Time and Meaning,' 'Consciousness and the Trinity,' 'Exegesis and Dogma,' 'The Mediation of Christ in Prayer,' 'The Analogy of Meaning,' 'Philosophical Positions with Regard to Knowing,' and 'Theology as Christian Phenomenon.' This volume provides a key to understanding the development of Lonergan's philosophical and theological thought, his major influences, and the pivotal moments of transition in the road leading up to Method in Theology and beyond.

Bernard Lonergan (1904-1984), a professor of theology, taught at Regis College, Harvard University, and Boston College. An established author known for his Insight and Method in Theology, Lonergan received numerous honorary doctorates, was a Companion of the Order of Canada in 1971 and was named as an original member of the International Theological Commission by Pope Paul VI. Robert C. Croken is the former director of the Lonergan Research Institute at Regis College. Frederick E. Crowe is a co-founder of the Lonergan Research Institute and a professor emeritus at the Toronto School of Theology, University of Toronto. Robert M. Doran is the Emmett Doerr Chair in Systematic Theology and a professor in the Department of Theology at Marquette University. He is the general editor of the Collected Works of Bernard Lonergan.

'This book will be of interest both to those familiar with Lonergan's work and novices. For the former it is an invaluable resource in understanding the development of his thought. For the latter it is an introduction to some key Lonerganian ideas.' -- John Dool The Canadian Catholic Review