Sacrament in Donne and Herbert 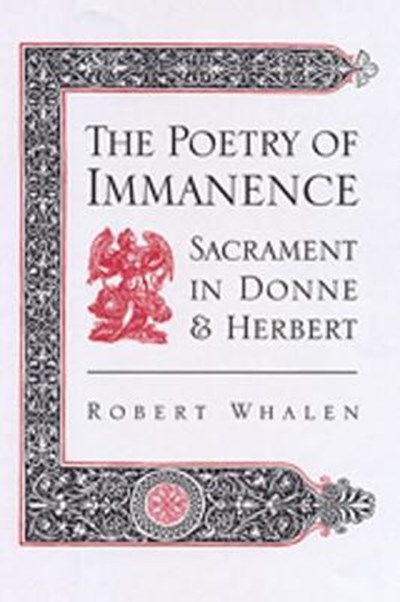 Sacrament in Donne and Herbert

Publisher: University of Toronto Press
ISBN: 9780802036599
Number of Pages: 224
Published: 28/12/2002
Width: 15.8 cm
Height: 23.5 cm
Description Author Information Reviews
In this extensive study of two of the most celebrated seventeenth-century religious poets, Robert Whalen examines the role of sacrament in the formation of early modern religious subjectivity. For John Donne and George Herbert, sacramental topoi became powerful conceptual tools with which to explore both the intersection of spiritual and material aspects of human experience and their competing claims to Christianity. Whalen's argument builds upon his central idea of 'sacramental Puritanism,' or the effort to cultivate a Calvinist sense of interiority through a fully ceremonial apparatus, and thereby to reconcile the potentially disparate imperatives of sacrament and devotion. Unique in its combination of current historiography and informed analysis, its attention to the sacramental features of Donne's 'secular' lyrics, and its advancement of sacramental thought as an important element of Renaissance English culture, The Poetry of Immanence illuminates a crucial dimension of the work of two major Stuart writers. In his comprehensive critical readings, Whalen offers a substantial contribution to the increasing study of religious themes and devotion in the literature of the early modern period.

Robert Whalen is a lecturer in English at the University of Toronto where he teaches courses in Seventeenth-Century Literature, Shakespeare, and Narrative.