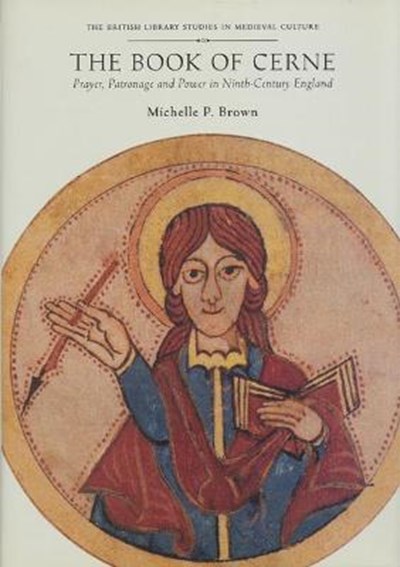 Publisher: University of Toronto Press
ISBN: 9780802041135
Number of Pages: 252
Published: 29/05/1996
Width: 18.5 cm
Height: 25.4 cm
Description Author Information Reviews
The Book of Cerne (Cambridge University library, MSLLL10) reveals a complex interplay of text, script, and image. It offers a fascinating insight into Insular culture and is the only surviving illuminated manuscript that can be firmly attributed to the powerful Anglo-Saxon kingdom of Mercia. At the time of its production, around 820-840, princes and prelates were vying for power and the Vikings were knocking, less than politely, at the door. The Book of Cerne is a prayerbook (meditating upon the themes of salvation and the communion of saints) made for a patron whose cultural tastes embraced Celtic, Anglo-Saxon, Carolingian, Roman, and Byzantine materials. This volume represents the first comprehensive study of the manuscript and places it within the broader context of the book production and prayer life of the Insular world.

Michelle P. Brown is a curator of Western Manuscripts in the British Library and author of several books, including A Guide to Western Historical Scripts and The Book of Cerne.

'The wealth of factual evidence included in this book is impressive. Brown's close and detailed analysis of the individual elements of the Book of Cerne, particularly its codicology, paleography and text; her demonstration of the interrelationship of text, script and decoration; and her discussion of the historical context in which the manuscript was produced make this book a must for anyone interested in Insular manuscripts.' -- Catherine E. Karkov Bryn Mawr Medieval Review