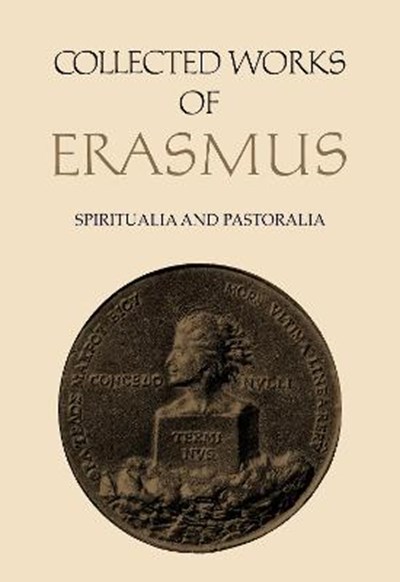 Publisher: University of Toronto Press
ISBN: 9780802043092
Number of Pages: 584
Published: 08/08/1998
Width: 17.8 cm
Height: 25.5 cm
Description Author Information Reviews
The five pieces in this volume are among the twenty selected for inclusion in volumes 66-70 of the Collected Works of Erasmus, the series of spiritualia and pastoralia. Like many of the other works in this series, they represent an Erasmus that, despite the recent growth of interest in him, has remained largely unfamiliar - the Erasmus of the works 'pertaining to pietas.' As Professor O'Malley's introduction makes clear, Erasmian pietas assumes an intrinsic relationship among spirituality, theology, and ministry, and the five works in volume 70 characteristically develop the implications of that relationship. Professor O'Malley provides background and context for each of the selections, and shows how over the course of the years Erasmus gives pietas a theological base and centre by grounding it ever more firmly in the mystery of Christ's death and resurrection. Volume 70 includes A Short Debate Concerning the Distress, Alarm and Sorrow of Jesus; A Sermon on the Immense Mercy of God; On Praying to God; An Explanation of the Apostles' Creed; and Preparing for Death. Volume 70 of the Collected Works of Erasmus series.

Desiderius Erasmus (c. 1466-1536), a Dutch humanist, Catholic priest, and scholar, was one of the most influential Renaissance figures. A professor of divinity and Greek, Erasmus wrote, taught, and travelled, meeting with Europe's foremost scholars. A prolific author, Erasmus wrote on both ecclesiastic and general human interest subjects. John W. O'Malley, S.J., is professor in the Department of Church History at the Weston Jesuit School of Theology.