Literary and Educational Writings, 5 and 6 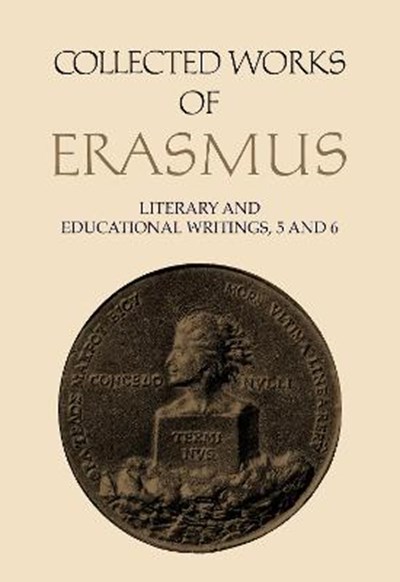 Literary and Educational Writings, 5 and 6

Publisher: University of Toronto Press
ISBN: 9780802056023
Number of Pages: 638
Published: 01/11/1986
Width: 17.9 cm
Height: 25.5 cm
Description Author Information Reviews
Satire, as the concept was understood in the sisteenth century, covered any sort of commentary on personal or social behaviour or values. The six works collected in these two volumes are among the most important examples of Erasmus' satire, in the sixteenth-century sense of the word, and, in some cases, judged by modern standards as well. they reveal a great deal, not only about Erasmus' attitudes to the moral questions of his time, but also about the circumstances of his own life. These satires reflect aspect of the religious, political, social, and military conflicts of the time and the qualities that enabled Erasmus to articulate them: great intelligence, remarkable shrewdness, deep sensitivity, spectacular ability, and a boundless capacity for staying cool. Volumes 27 and 28 of the Collected Works of Erasmus series - Two-volume set.

Desiderius Erasmus (c. 1466-1536), a Dutch humanist, Catholic priest, and scholar, was one of the most influential Renaissance figures. A professor of divinity and Greek, Erasmus wrote, taught, and travelled, meeting with Europe's foremost scholars. A prolific author, Erasmus wrote on both ecclesiastic and general human interest subjects. A.H.T. Levi is Buchanan Professor of French Language and Literature, University of St Andrews, Scotland