Medieval Manuscripts for Mass and Office

A Guide to their Organization and Terminology 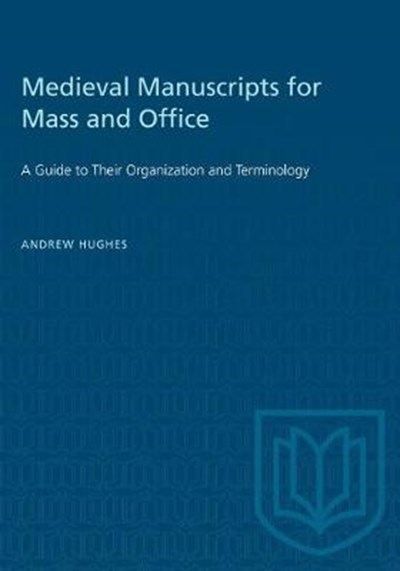 Medieval Manuscripts for Mass and Office

A Guide to their Organization and Terminology

Publisher: University of Toronto Press
ISBN: 9780802076694
Number of Pages: 470
Published: 04/05/1995
Width: 17.3 cm
Height: 24.8 cm
Description Author Information Reviews
Many books discuss the theology and doctrine of the medieval liturgy: there is no dearth of information on the history of the liturgy, the structure and development of individual services, and there is much discussion of specific texts, chants, and services. No book, at least in English, has struggled with the difficulties of finding texts, chants, or other material in the liturgical manuscripts themselves, until the publication of Medieval Manuscripts for Mass and Office in 1982. Encompassing a period of several centuries, ca 1200-1500, this book provides solutions for such endeavours. Although by this period the basic order and content of liturgical books were more or less standardized, there existed hundreds of different methods of dealing with the internal organisation and the actual writing of the texts and chants on the page. Generalization becomes problematic; the use of any single source as a typical example for more than local detail is impossible. Taking for granted the user's ability to read medieval scripts, and some codicological knowledge, Hughes begins with the elementary material without which the user could not proceed. He describes the liturgical year, season, day, service, and the form of individual items such as responsory or lesson, and mentions the many variants in terminology that are to be found in the sources. The presentation of individual text and chant is discussed, with an emphasis on the organisation of the individual column, line, and letter. Hughes examines the hitherto unexplored means by which a hierarchy of initial and capital letters and their colours are used by the scribes and how this hierarchy can provide a means by which the modern researcher can navigate through the manuscripts. Also described in great detail are the structure and contents of Breviaries, Missals, and the corresponding books with music. This new edition updates the bibliography and the new preface by Hughes presents his recent thoughts about terminology and methods of liturgical abbreviation.

Andrew Hughes is University Professor Emeritus in the Centre for Medieval Studies at the University of Toronto.