Word and Idea in Aquinas, Volume 2 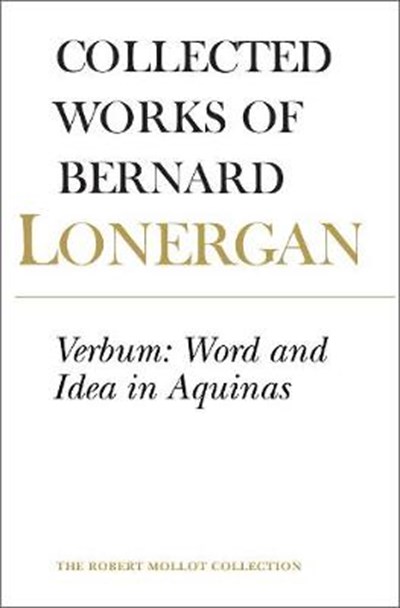 Word and Idea in Aquinas, Volume 2

eBook FAQ
Add to Basket
Publisher: University of Toronto Press
ISBN: 9780802079886
Number of Pages: 320
Published: 17/05/1997
Width: 15.5 cm
Height: 23.4 cm
Description Author Information Reviews
Bernard Lonergan's theological writings have influenced religious scholars ever since the first publication in the 1940s of the series of five articles which make up Verbum: Word and Idea in Aquinas. These articles first appeared in Theological Studies and were subsequently republished in book form in 1967 under the present title. This volume contains a new preface by the editors and full translations of all Latin texts. Verbum: Word and Idea in Aquinas is a product of Lonergan's eleven years of study of the thought of Thomas Aquinas. The work is considered by many to be a breakthrough in the history of Lonergan's theology and a foundation upon which his later contributions were constructed. Here he interprets aspects in the writing of Aquinas relevant to trinitarian theory and, as in most of Lonergan's work, one of the principal aims is to assist the reader in the search to understand the workings of the human mind. Verbum: Word and Idea in Aquinas is a vital component of Lonergan's oeuvre, and of continuing relevance to trinitarian theology, Aquinas studies, and inquiries into human cognition.

Bernard Lonergan (1904-1984), a professor of theology, taught at Regis College, Harvard University, and Boston College. An established author known for his Insight and Method in Theology, Lonergan received numerous honorary doctorates, was a Companion of the Order of Canada in 1971 and was named as an original member of the International Theological Commission by Pope Paul VI. Frederick E. Crowe is a co-founder of the Lonergan Research Institute and a professor emeritus at the Toronto School of Theology, University of Toronto. Robert M. Doran is the Emmett Doerr Chair in Systematic Theology and a professor in the Department of Theology at Marquette University. He is the general editor of the Collected Works of Bernard Lonergan.