Apostle to the Inuit

The Journals and Ethnographic Notes of Edmund James Peck - The Baffin Years, 1894-1905 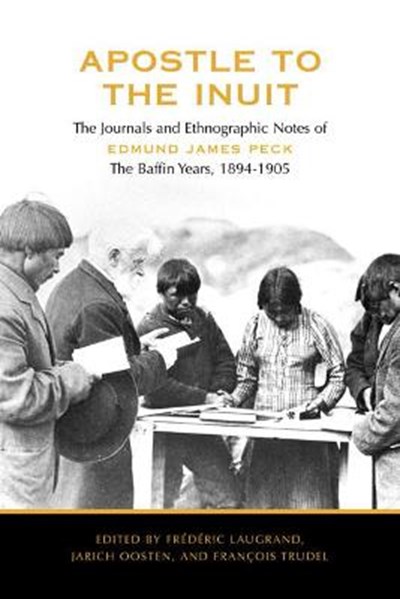 Apostle to the Inuit

The Journals and Ethnographic Notes of Edmund James Peck - The Baffin Years, 1894-1905

Publisher: University of Toronto Press
ISBN: 9780802090423
Number of Pages: 420
Published: 18/11/2006
Width: 15.9 cm
Height: 23.7 cm
Description Author Information Reviews
Apostle to the Inuit presents the journals and ethnographical notes of Reverend Edmund James Peck, an Anglican missionary who opened the first mission among the Inuit of Baffin Island in 1894. He stayed until 1905, and by that time, had firmly established Christianity in the North. He became known to the Inuit as 'Uqammaq,' the one who talks well. His colleagues knew him as 'Apostle among the Eskimo.' Peck's diaries of the period focus on his missionary work and the adoption of Christianity by the Inuit and provide an impressive account of the daily life and work of the early missionaries in Baffin Island. His ethnographic data was collected at the request of famed anthropologist Franz Boas in 1897. Peck conducted extensive research on Inuit oral traditions and presents several detailed verbatim accounts of shamanic traditions and practises. This work continues to be of great value for a better understanding of Inuit culture and history but was never before published. Apostle to the Inuit demonstrates how a Christian missionary who was bitterly opposed to shamanism, became a devoted researcher of this complex tradition. Editors Fr d ric Laugrand, Jarich Oosten, and Fran ois Trudel highlight the relationships between Europeans and Inuit and discuss central issues facing native peoples and missionaries in the North. They also present a selection of fascinating drawings made by Inuit at the request of Peck, which illustrate Inuit life on Baffin Island at the turn of the twentieth century. The book offers important new data on the history of the missions among the Inuit as well as on the history of Inuit religion and the anthropological study of Inuit oral traditions.