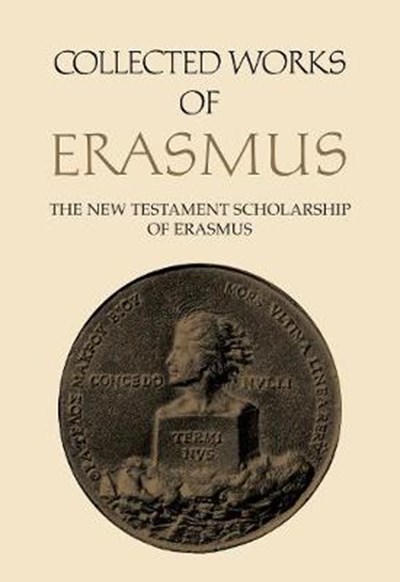 eBook FAQ
Add to Basket
Publisher: University of Toronto Press
ISBN: 9780802092229
Number of Pages: 1096
Published: 26/03/2019
Width: 18 cm
Height: 25.4 cm
Description Author Information Reviews
Erasmus produced his five editions of the New Testament in Greek and Latin and his Paraphrases on the Gospels and Epistles almost contemporaneously with the tumultuous events that accompanied the beginnings of the Reformation in Europe. At the same time, his scholarship was a signal illustration of the Christian Humanism of northern Europe. His remarkable scholarship is translated and annotated in the Collected Works of Erasmus, volumes 42-60, published by the University of Toronto Press. This volume, CWE 41, seeks to set in perspective in a major introductory essay the full range of that scholarship. It traces the origin of Erasmus' work and its development over the course of the last two decades of his life, placing the work on the New Testament in the context of his life and the political and religious events of his age, revealing the endeavour as a process, and thus giving the reader illuminating points of reference for the many cryptic allusions in his annotations and paraphrases. The book includes an annotated translation of three of Erasmus' major writings on Scripture and its interpretation -- the Paraclesis, the Ratio verae theologiae ('System of True Theology'), and the Apologia (defense of his work). It includes as well some of his further attempts to clarify his endeavour -- relevant letters and a vitriolic response to his 'crabby critics' (Contra morosos). The volume offers a unique insight into the production of Erasmus' scholarship in book form, illustrating abundantly the special features that made his editions of the New Testament and his Paraphrases both esthetically pleasing and effectively marketable products.

Desiderius Erasmus (c. 1466-1536), a Dutch humanist, Catholic priest, and scholar, was one of the most influential Renaissance figures. A professor of divinity and Greek, Erasmus wrote, taught, and travelled, meeting with Europe's foremost scholars. A prolific author, Erasmus wrote on both ecclesiastic and general human interest subjects. Robert D. Sider is General Editor of the New Testament Scholarship for the Collected Works of Erasmus.