Sanctity in the North 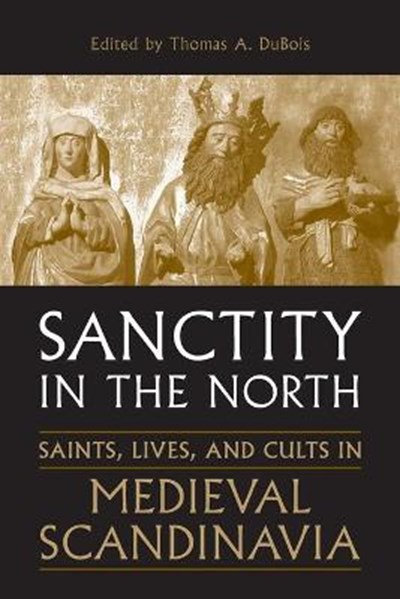 Sanctity in the North

eBook FAQ
Add to Basket
Publisher: University of Toronto Press
ISBN: 9780802094100
Number of Pages: 416
Published: 23/02/2008
Width: 15.3 cm
Height: 22.8 cm
Description Author Information Reviews
With original translations of primary texts and articles by leading researchers in the field, Sanctity in the North gives an introduction to the literary production associated with the cult of the saints in medieval Scandinavia. For more than five hundred years, Nordic clerics and laity venerated a host of saints through liturgical celebrations, written manuscripts, visual arts, and oral traditions. Textual evidence of this widespread and important aspect of medieval spirituality abounds. Written biographies (or vitae), compendia of witnessed miracles, mass propers, homilies, sagas and chronicles, dramatic scripts, hymns, and ballads are among the region's surviving medieval manuscripts and early published books. Sanctity in the North features English translations of texts from Latin or vernacular Nordic languages, in many cases for the first time. The accompanying essays concerning the texts, saints, cults, and history of the period complement the translations and reflect the contributors' own disciplinary groundings in folklore, philology, medieval, and religious studies.

Thomas A. DuBois is a professor in the Department of Scandinavian Studies at the University of Wisconsin-Madison.

'The book is rich and well written. One of its main merits is that is explores an understudied topic deserving of more attention inside as well as outside the field of Scandinavian Studies.' -- Federico Zuliani Canadian Journal of History: vol 45: Autumn 2010