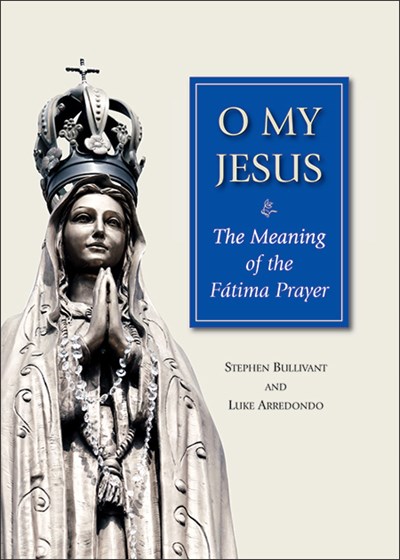 QTY
Add to Basket
Publisher: Paulist Press International,U.S.
ISBN: 9780809153343
Number of Pages: 96
Published: 13/05/2017
Width: 12.7 cm
Height: 17.8 cm
Description Author Information Reviews
The so-called "Fatima prayer"-O my Jesus, forgive us our sins, save us from the fires of hell, and lead all souls to heaven, especially those in most need of thy mercy, amen-due primarily to its widespread use as a rosary decade prayer, surely ranks among the Church's most popular prayers. Despite its brevity, it is a prayer of remarkable theological depth-not to mention, daring. In the space of just twenty-nine words, it broaches some of the great themes of Christianity: sin, forgiveness, mercy, heaven, hell. It also touches on two hot topics within contemporary Catholic discussion-having a personal relationship with "my Jesus,' and the permissibility of hoping that "all souls" may ultimately be saved. O My Jesus is a concise work of both popular theology and spiritual writing not unlike the kinds of interpretive commentaries on key prayers produced by Christian theologians since at least the third century.

Stephen Bullivant is senior lecturer in theology and ethics in the School of Education, Theology, and Leadership at Saint Mary's University, Twickenham, London. In June 2010, he was awarded the Catholic Theological Society of America's "Catherine Mowry LaCugna Award for New Scholars." He is the author of Faith and Unbelief, How Not to Be a Heretic, and Theology and Power (Paulist Press).