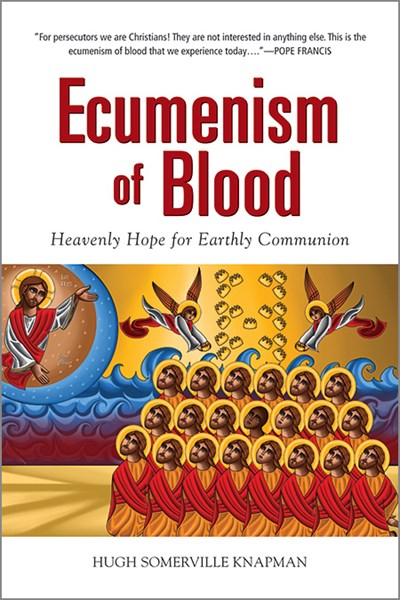 Publisher: Paulist Press International,U.S.
ISBN: 9780809153718
Number of Pages: 152
Published: 04/09/2018
Width: 15.2 cm
Height: 22.9 cm
Description Author Information Reviews
Ecumenism of Blood demonstrates that it is possible within the status quo of Catholic doctrine for the Catholic Church to recognize in some official way, in this case liturgically, the Christian martyrs of the eastern churches. Such a development would have immense implications as an example of realizable, practicable ecumenism, as well as a gesture of solidarity with an ancient and persecuted church. Pope Francis's unsystematic references to ecumenism of blood offers an opening, though many in the blogosphere mentioned the ancient denial of the martyr's crown to heretics and schismatics. However, if blood could baptize non-Christians who died in odio Christi, why could it not absolve non-Catholic Christians from schism? Thus, it seemed possible for there to be a reconciliation of blood that could be derived by analogy from baptism of blood. Searching the tradition, it is possible to see this development prepared for, especially from Benedict XIV and reaching a climax with John Paul II's Ut unum sint, the teaching of which is conclusive. Considering ecumenical sensitivity and to avoid the appearance of ecclesial imperialism, Ecumenism of Blood proposes the mechanism of equivalent canonization as a means of realizing what is shown as doctrinally possible. The obvious question serves as an epilogue: would the blood of martyrdom for Christ reconcile any non-Catholic to the Church, even those from communities outside the apostolic succession.

Hugh Somerville-Knapman, OSB, holds an STB from the Lateran University. He is currently based at Douai Abbey, in the UK, occasionally supplying in parishes and assisting with chaplaincy work at Winchester College.