Irenaeus on the Salvation of the Unevangelized 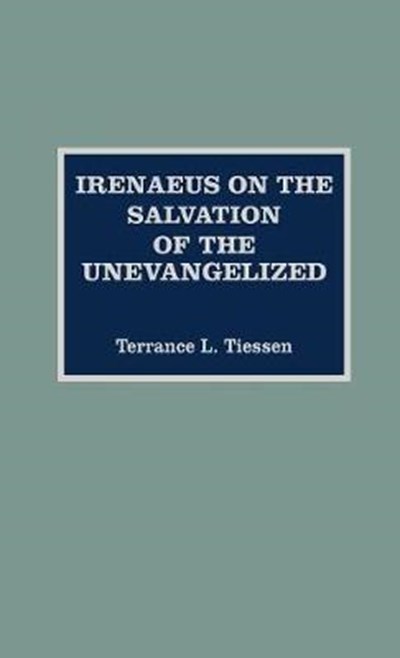 Irenaeus on the Salvation of the Unevangelized

QTY
Add to Basket
Publisher: Scarecrow Press
ISBN: 9780810826823
Number of Pages: 324
Published: 01/10/1993
Width: 14.4 cm
Height: 22.2 cm
Description Author Information Reviews
Few questions have troubled Christians more than the destiny of those who do not hear the gospel. For reasons described in this work, Irenaeus (second century Bishop of Lyons) did not directly address the issue of the salvation of the unevangelized. A careful analysis is therefore made of the saving effects of the various modes of revelation about which Irenaeus wrote, in the context of his conflict with the Gnostics. Particular attention is given to his understanding of the respective roles of the Father, Son, and Holy Spirit in divine revelation, the role of the Church, and the human response to divine revelation which is necessary for salvation. Tiessen concludes that Irenaeus should not be cited as an early proponent of Karl Rahner's "anonymous Christianity" without careful qualification. Some aspects of his thought, however, indicate that he might have granted the possibility of salvation for individuals outside of the institutional Church, if he had known a situation such as we know today. The work will be of particular interest to patrologists, missiologists, and theologians interested in the issues of revelation and salvation.

Terrance L. Tiessen (Ph.D., Ateneo de Manila University, Philippines), Professor of Theological Studies, Providence College and Seminary, Canada, spent 16 years as a missionary and theology teacher in the Philippines. He has been active in colloquia dealing with theological issues of relevance to the Church and its global mission and has contributed to professional journals in North America.

Tiessen thoroughly examines Irenaeus, and arrives at what is surely (and perhaps self-evidently) the right answer. Of interest particularly to theologians and ecclesiologists. Religious Studies Review ...this work has the great value of recognizing the differing views on the success of the great commission between Irenaeus and ourselves. Missiology: An International Review Since few studies of the theology of Irenaeus are...available in English, it will serve as a useful introduction to the subject. Its command of issues of context, contents, and interpretation of Irenaeus's writings is extensive and sound. Theological Studies