Pietist Sources on Discipleship and Sanctification 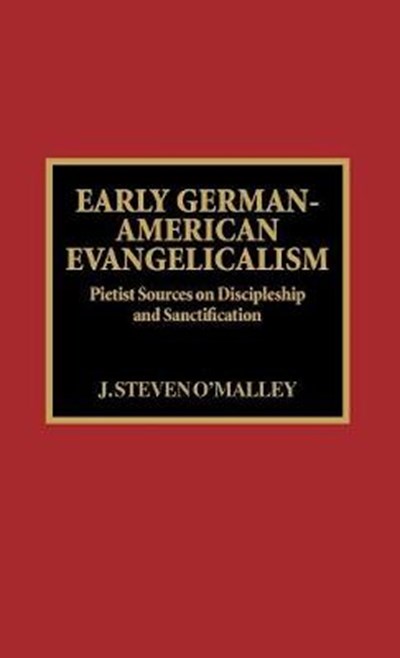 Pietist Sources on Discipleship and Sanctification

QTY
Add to Basket
Publisher: Scarecrow Press
ISBN: 9780810828735
Number of Pages: 362
Published: 26/11/1995
Width: 14.2 cm
Height: 22.7 cm
Description Author Information Reviews
The roots of American evangelical religion that have usually been traced to the Puritans also included numerous German immigrants. In this migration, a major stream of spirituality, heretofore unexplored in their primary sources, was the Reformed and Radical Pietism that originated in the Rhineland and contributed to the formation of the earliest indigenous expressions of American denominationalism. This volume contains annotated selections, most of which were previously unavailable in English, from Pietist authors representing that Rhineland spirituality. Each selection is preceded by a historical and theological introduction. The influence of each author upon the emerging expressions of German-American evangelicalism, the United Brethren in Christ and the Evangelical Association, is also indicated. These include the Otterbeins, Lampe, Tersteegen, and Stahlschmidt (reformed and reformed-leaning Pietists), the Berleberg Bible group (Radical Pietists), and Collenbusch and Hasenkamp (Neo-Pietists who were influenced by the Enlightenment).

J. Steven O'Malley is an American church historian with numerous publications in the Evangelical United Brethren tradition. He serves as the John T. Seamands Professor of Wesleyan Holiness History at Asbury Theological Seminary.

...footnotes are very useful...handsomely produced and well-indexed, including a useful...set of scriptural references. For the seasoned student interested in placing various strains of late North American Pietism in the proper trans-Atlantic context that extends back to the German Reformed theological insights, much can be gleaned from O'Malley's reflections... Pennsylvania Magazine of History and Biography