'Logical' Luther Lee and the Methodist War Against Slavery 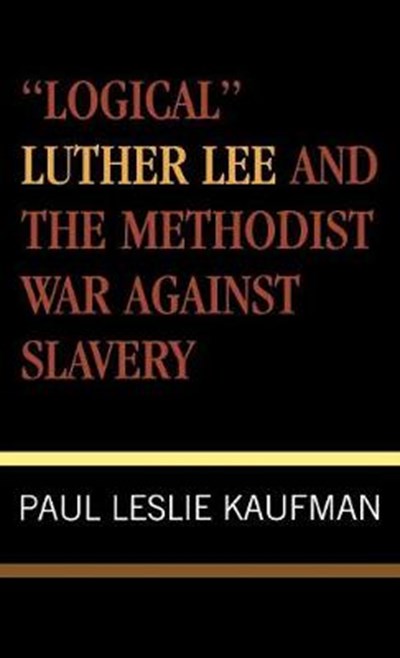 'Logical' Luther Lee and the Methodist War Against Slavery

QTY
Add to Basket
Publisher: Scarecrow Press
ISBN: 9780810837102
Number of Pages: 296
Published: 10/01/2000
Width: 14.8 cm
Height: 22.7 cm
Description Author Information Reviews
Luther Lee, D.D. (1800-1889), one of the founders of Wesleyan Methodism, was a nineteenth-century reformer and an ordained minister in the Methodist Episcopal Church. Lee is known to most Methodist historians as a Methodist Episcopal minister who deserted the church that had brought him to spiritual birth and ordination. Wesleyan Methodist church historians know him as the first president of their denomination, an editor of their periodical, and unfortunately, a traitor who betrayed and then subsequently walked away from the church he had helped to establish. His significance to American history has not heretofore been observed. This volume explores Lee's life, his politics, and his theology. One of the author's particular foci is the extent to which Lee affected the antislavery movement. Paul L. Kaufman places Lee within the broad context of nineteenth-century reformism as he battled the "gag rule" of the Methodist Episcopal bishops, and then shaped the Wesleyan Methodist Connection while he served on the highest levels of Garrison's American AntiSlavery Society. Of interest to students and teachers of Methodism, American history, and the abolitionist movement.

Paul Leslie Kaufman is Professor of History and Academic Dean at Allegheny Wesleyan College in Salem, Ohio, where he has taught since 1981. He also holds an adjunct professorship in Church history at Ashland Theological Seminary.

...there are two groups who should have particular interest in its contents: Methodists and students of the abolition movement in America... It is an outstanding book and deserves a wide readership. Ashland Theological Seminary Lee's story provides students of the Early National Period with a fresh example of the "New Man, The American" (p. 329). Ohio History ..succeeds so well in bringing out the inspirational quality of this fascinating man...recommend it to students of American antislavery of Methodism. Religious Studies Review Kaufman shows the complexity of Methodist history... This is a well-written and researched addition to the Studies on Evangelicalism series... Methodist Reader