Global Impact of the Wesleyan Traditions and Their Related Movements 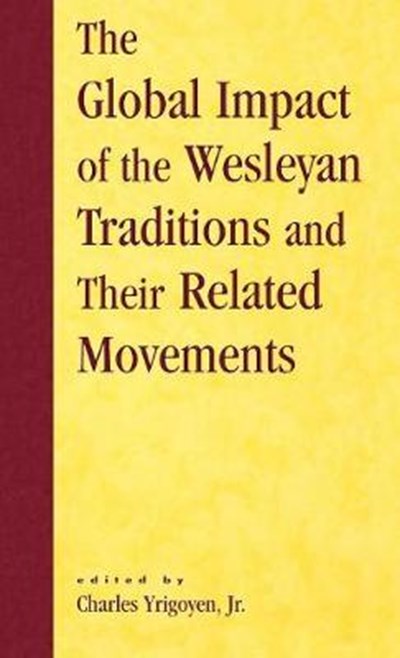 Global Impact of the Wesleyan Traditions and Their Related Movements

QTY
Add to Basket
Publisher: Scarecrow Press
ISBN: 9780810843264
Number of Pages: 328
Published: 11/08/2002
Width: 14.7 cm
Height: 21.9 cm
Description Author Information Reviews
The Wesleyan tradition of the 18th century and its related movements has had a global impact that has often been understated and underestimated. Charles Yrigoyen, Jr. presents a diverse collection of essays that document the Wesleyan traditions from founder John Wesley's preaching across Great Britain to his followers' spread of Methodist views throughout Latin America, Asia, Africa, Australia, and Europe. Through a series of essays, The Global Impact of the Wesleyan Traditions and Their Related Movements documents the influence of Methodist missionaries on peoples and religions throughout the world. The text is divided into three parts: Part I includes four essays about basic missiological and methodological issues; Part II includes 15 essays that illuminate the global impact of the Wesleyan traditions and related movements on topics such as independent churches in Africa and the Hwa Nan College in China; and Part III describes the resources for researching and extending the global impact of traditions of Wesley's works, such as the Obras de Wesley (the Spanish version of Wesley's works) and the valuable collection of Wesleyana and Methodistica materials at the John Rylands University Library in Manchester, Great Britain. Diverse in scope, The Global Impact of the Wesleyan Traditions and Their Related Movements is a comprehensive volume for religious scholars and historians interested in the Wesleyan traditions.

Charles Yrigoyen, Jr. is general secretary for the General Commission on Archives and History with the United Methodist Church. He teaches history and theology at Drew University and Union Theological Seminary (NY), and has authored and co-authored several publications, including John Wesley: Holiness of Heart and Life (1996). He is on the Board of Directors of the Wesley Works Editorial Project.

A great addition to the literature on the Wesleyan movement. International Bulletin Of Missionary Research