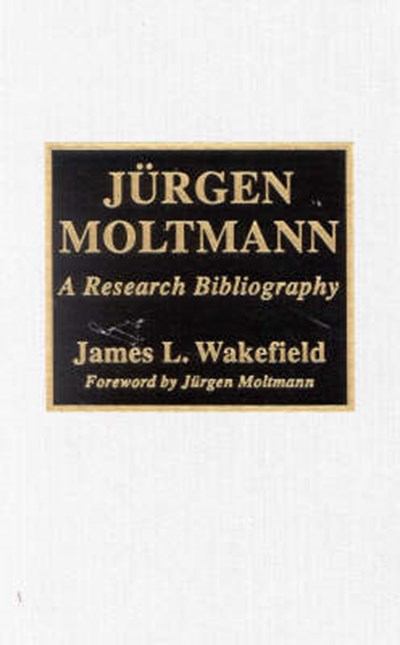 QTY
Add to Basket
Publisher: Scarecrow Press
ISBN: 9780810844711
Number of Pages: 256
Published: 26/11/2002
Width: 14.8 cm
Height: 21.8 cm
Description Author Information Reviews
"...true theologians are more than good religious managers, for their hearts must be in what they are doing. Without personal authenticity, no one will believe in the truth of their message."- Jurgen Moltmann, from his lecture What is a Theologian? at the Pontifical University, Maynooth, Ireland (1998). Jurgen Moltmann was born into a secular family of teachers in Hamburg in 1926. His plans to study mathematics and physics were interrupted by the destruction of Hamburg in July of 1943. He was one of only a few students serving in the anti-aircraft battery in the central city that survived the Royal Air Force "fire storm" that killed over 40,000. He spent the next three years as a prisoner of war in labor camps in Belgium and Scotland, and finally at Camp Norton near Nottingham in England. After devouring every book that crossed his path during captivity, he eventually turned to reading the psalms and New Testament. These writings soothed his experiences with death, his depression and his guilt, and ushered along his theology, his belief in God and the power of hope. Jurgen Moltmann's work sprung from the social and political turmoil in post World War II German culture. In this Bibliography, the author lists more than twelve hundred sources from Jurgen Moltmann and more than eight hundred significant reviews, articles, and books on his work. He has also included most of the theologian's early writings in either German or English through the year 2001. Besides a foreword and essay by Moltmann, this volume includes a bibliographic biography of his life. Most of his works are listed by title and first place of publication. Also listed are later versions and many of the translations. Translations of Moltmann's major books (in as many European languages as possible) as well as a list of known dissertations and monographs, presented in reverse chronological order for the reader's convenience, make for a well-rounded work. A research index helps the reader find the major pieces for some of Moltmann'

James L. Wakefield completed his doctoral dissertation at Marquette University on Moltmann's theological anthropology in 2001, and is Associate Professor of Biblical and Spiritual Theology at Salt Lake Theological Seminary. Users are invited to offer additions, suggestions, and gentle corrections via email to: JLW1976@alumni.usc.edu

"True theologians are more than good religious managers, for their hearts must be in what they are doing. Without personal authenticity, no one will believe in the truth of their message." - Jurgen Moltmann, from his lecture What is a Theologian? at the Pontifical University, Maynooth, Ireland (1998).