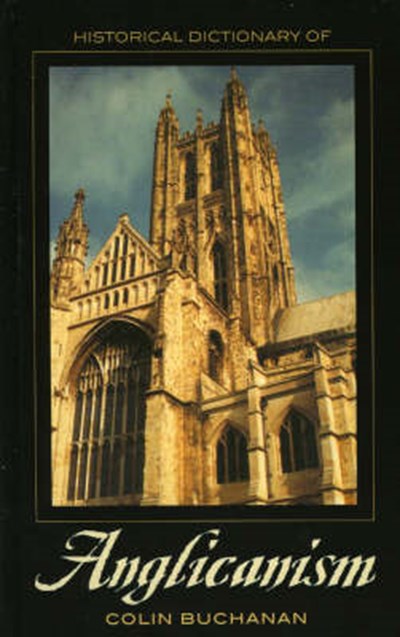 eBook FAQ
Add to Basket
Publisher: Scarecrow Press
ISBN: 9780810853270
Number of Pages: 624
Published: 27/02/2006
Width: 18.5 cm
Height: 21.8 cm
Description Author Information Reviews
Anglicanism arguably originated in 1534 when Parliament passed the Act of Supremacy, which transferred papal power over the Church of England to the king. Today, approximately 550 dioceses are located around the world, not only in England, but also everywhere that the British Empire's area of influence extended. With an estimated total membership of about 75 million, Anglicanism is one of the largest and most varied Christian denominations. With such a long history and widespread flock, it is not easy to keep track of the variations of a religious community that has not ceased adapting since its inception. Hundreds of entries on significant persons and events, concepts and institutions, rituals and liturgy, and national communities, make this an invaluable reference for religious historians, theologians, and researchers. Also included are an introduction, a chronology that traces the church's evolution over time, and a bibliography.

Colin Buchanan was ordained a deacon in 1961, elected to the House of Bishops in 1990, and until 2004 he was the Bishop of Woolwich. These are just a few of the major signposts in a career that has spanned nearly five decades and included work as a pastor and teacher as well as a participant in major Anglican and ecumenical commissions and conferences.

This hardback volume from the former Bishop of Woolwich, a major figure in the Anglican church in recent times, offers a splendid reference for religious historians, theologians and researchers...a fascinating picture of one of the largest and most varied Christian denominations. Publishing News ...will be closely consulted, and thus valued... American Reference Books Annual, vol. 38 (2007) ...contains information on people and events, ideas and institutions, liturgy and worship, places and Provinces. Each entry is of a manageable length, and these are accompanied by a chronology, an introduction to Anglicanism, and a comprehensive bibliography. Church Times, June 2007 Probably no other living Anglican divine was better equipped by experience and learning to supervise so gigantic a project; but the astounding fact is that Colin Buchanan carried it out single-handedly...It must have been a labor of love, and one for which he has earned the gratitude of anyone who is a scholar, an Anglican, or both. Anglican Theological Review ...commendable...useful... Anvil, Vol. 23, No. 4 (2006) Considering the influence, history and rich diversity of the Anglican Communion it is rather extraordinary that, until now, there has not been a major reference work on Anglicanism worldwide. Bishop Colin Buchanan's Historical Dictionary fills this gap extremely well and will be greeted with much pleasure by scholars and students the world over. In my view, there is no one better equipped to fulfill this daunting task of scholarship. Colin Buchanan is well known as a first class liturgist, theologian, and teacher as well as a formidable debater. All these skills are on display in this excellent and long overdue book. -- Lord Carey of Clifton, Archbishop of Canterbury 1991-2002 ...[a] worthy [addition] to the world of scholarship. [It deserves] wide use. Anglican and Episcopal History, Vol. 76, No. 2 (June 2007)