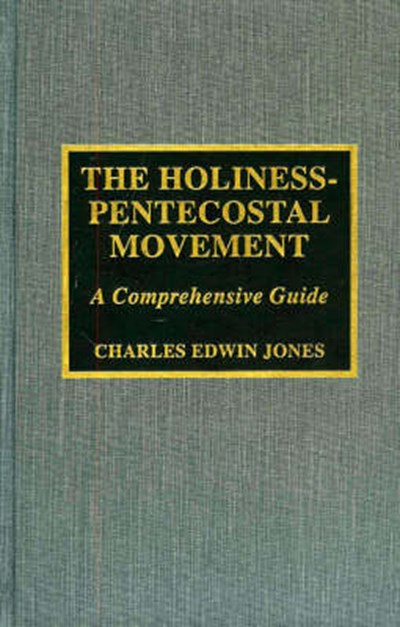 QTY
Add to Basket
Publisher: Scarecrow Press
ISBN: 9780810860933
Number of Pages: 536
Published: 07/04/2008
Width: 15 cm
Height: 22.4 cm
Description Author Information Reviews
Developing out of the (mostly Methodist) National Association for the Promotion of Holiness, the Holiness-Pentecostal Movement provided a theological consensus strong enough to unify the movement during its first decade of existence and to sweep almost the entire independent Holiness movement of the southeastern United States. Distinguished from the Holiness Movement mainly by insistence on speaking in tongues as "initial evidence" of baptism of the Holy Spirit, the teaching of the Holiness-Pentecostal Movement is foundational to a significant segment of groups descended from the Azusa Street revival, especially in Chile and South Africa. With this final volume, devoted to the Holiness-Pentecostal Movement, Charles Edwin Jones's landmark 1974 work has now been expanded into a three-part series, which breaks up his original book into 4 volumes on The Wesleyan Holiness Movement (2 Volumes), The Keswick Movement, and The Holiness-Pentecostal Movement. The series provides materials for study of doctrine, worship, institutional development, and personalities, as well as antecedent and related movements. It serves to illustrate the history both of the Holiness Movement and the rural-urban transition in which it developed. Theological reconsiderations, realignments, and changes, as well as the nearly exponential growth of the Movement since the original book's publication, make these new publications almost absolutely necessary.

Charles Edwin Jones has served as librarian, as curator of manuscripts, and as professor of history at Nazarene Theological Seminary, St. Paul School of Theology, Park College, the University of Michigan, Tuskegee Institute, Houghton College, and Brown University. He was given the Lifetime Achievement Award by the Wesleyan Theological Society and the Society for Pentecostal Studies jointly in 2003.