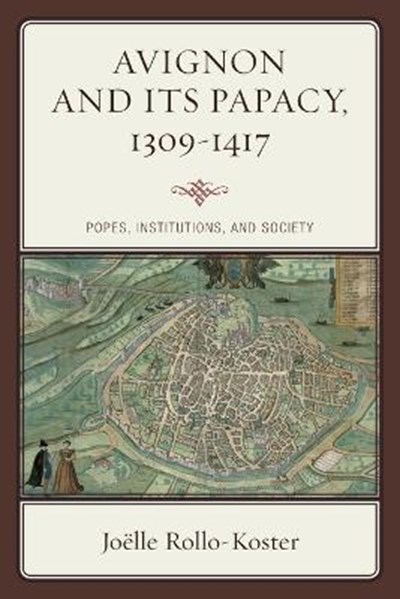 QTY
Add to Basket
Publisher: Rowman & Littlefield
ISBN: 9780810894990
Number of Pages: 328
Published: 22/11/2017
Width: 15.1 cm
Height: 22.7 cm
Description Author Information Reviews
With the arrival of Clement V in 1309, seven popes ruled the Western Church from Avignon until 1378. Joelle Rollo-Koster traces the compelling story of the transplanted papacy in Avignon, the city the popes transformed into their capital. Through an engaging blend of political and social history, she argues that we should think more positively about the Avignon papacy, with its effective governance, intellectual creativity, and dynamism. It is a remarkable tale of an institution growing and defending its prerogatives, of people both high and low who produced and served its needs, and of the city they built together. As the author reconsiders the Avignon papacy (1309-1378) and the Great Western Schism (1378-1417) within the social setting of late medieval Avignon, she also recovers the city's urban texture, the stamp of its streets, the noise of its crowds and celebrations, and its people's joys and pains. Each chapter focuses on the popes, their rules, the crises they faced, and their administration but also on the history of the city, considering the recent historiography to link the life of the administration with that of the city and its people. The story of Avignon and its inhabitants is crucial for our understanding of the institutional history of the papacy in the later Middle Ages. The author argues that the Avignon papacy and the Schism encouraged fundamental institutional changes in the governance of early modern Europe-effective centralization linked to fiscal policy, efficient bureaucratic governance, court society (societe de cour), and conciliarism. This fascinating history of a misunderstood era will bring to life what it was like to live in the fourteenth-century capital of Christianity.

Joe lle Rollo-Koster is professor of medieval history at the University of Rhode Island and author of Raiding Saint Peter: Empty Sees, Violence, and the Initiation of the Great Western Schism and The People of Curial Avignon: A Critical Edition of the Liber Divisionis and the Matriculae of Notre Dame la Majour. She has been named a Chevalier of the Ordre des Palmes Academiques in recognition of her outstanding academic research in French history.