Family Trouble in the Infancy Gospels 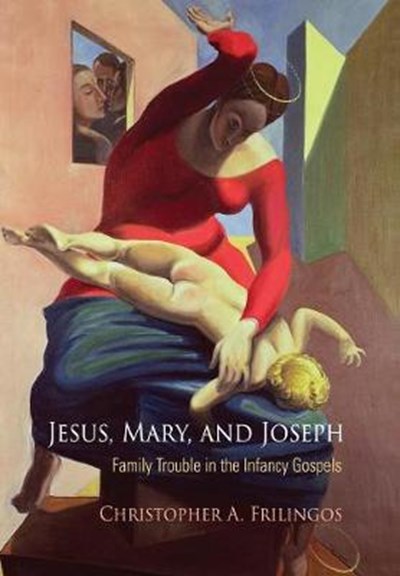 Family Trouble in the Infancy Gospels

eBook FAQ
Add to Basket
Publisher: University of Pennsylvania Press
ISBN: 9780812249507
Number of Pages: 200
Published: 10/10/2017
Width: 15.2 cm
Height: 22.9 cm
Description Author Information Reviews
When Jesus was five he killed a boy, or so reports the Infancy Gospel of Thomas. A little boy had run into Jesus by accident, bumping him on the shoulder, and Jesus took offense: "Jesus was angry and said to him, 'You shall go no further on your way,' and instantly the boy fell down and died." A second story recounts how Jesus transformed mud into living birds, while yet another has Joseph telling Mary to keep Jesus in the house so that no one else gets hurt. What was life really like in the household of Joseph, Mary, and little Jesus? The canon of the New Testament provides few details, but ancient Christians, wanting to know more, would turn to the texts we know as the "Infancy Gospels." The Infancy Gospel of Thomas is a collection of stories from the mid-second century C.E. describing events in the life of Jesus between the ages of five and twelve. The Proto-gospel of James, also dating from the second century, focuses on Mary and likewise includes episodes from her childhood. These gospels are often cast aside as marginal character sketches, designed to assure the faithful that signs of divine grace cropped up in the early years of both Mary and Jesus. Christopher A. Frilingos contends instead that the accounts are best viewed as meditations on family. Both gospels offer rich portrayals of household relationships at a time when ancient Christians were locked in a fierce debate about family-not only on the question of what a Christian family ought to look like but also on whether Christians should pursue family life at all. Describing the conflicts of family life, the gospels present Jesus, Mary, and Joseph in moments of weakness and strength, reminding early Christians of the canyon separating human ignorance and divine knowledge. According to Frilingos, the depicted acts of love and courage performed in the face of great uncertainty taught early Christian readers the worth of human relationships.

Christopher A. Frilingos is Associate Professor of Religious Studies at Michigan State University and author of Spectacles of Empire: Monsters, Martyrs, and the Book of Revelation, also available from the University of Pennsylvania Press.