Only the Gospel is Revolutionary

The Church in the Reform of Pope Francis 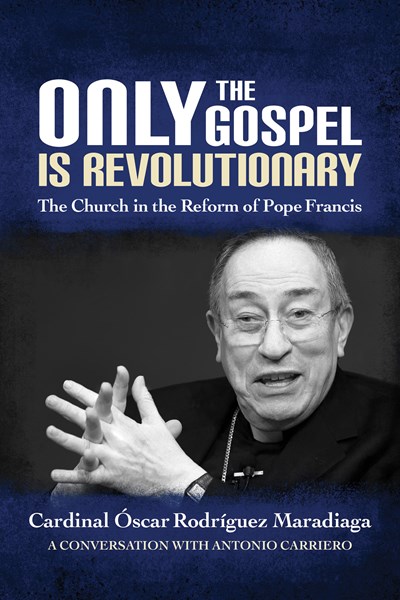 Only the Gospel is Revolutionary

The Church in the Reform of Pope Francis

Join now Find out more
Publisher: Liturgical Press
ISBN: 9780814644027
Number of Pages: 96
Published: 29/06/2018
Width: 13.7 cm
Height: 21 cm
Description Author Information Reviews
From the beginning of Pope Francis's pontificate, Cardinal Oscar Rodriguez Maradiaga has been at the center of the Holy Father's efforts to reform the Roman Curia and the church. This is clear in his role as moderator of the council of nine cardinals from around the world entrusted with the task of advising Francis on matters relating to church governance and Vatican reform.In Only the Gospel Is Revolutionary, Cardinal Maradiaga provides a unique, insider view of the pope's efforts, which has generated high hopes from Catholic leadership around the world, as well as opposition from within the Vatican itself. The book is also a very personal tale of the author's great friendship with Pope Francis. Maradiaga tells the story of his vocation and the great challenges he faces as a cardinal. Open-minded, smart, and courageous, Maradiaga speaks freely, unafraid to address current and thorny issues. These include women in the diaconate, the exercise of power within the church, the need for moral and merciful immigration policies, the issue of transparency in the management of the Vatican's funds, the resignation of Pope Benedict XVI, the Vatileaks scandal, and a theological discussion about the infallibility of the pope. Through Cardinal Maradiaga's words, readers will gain fascinating new insights into Pope Francis's efforts to lead a church that is always on mission, and always "poor and for the poor."

Cardinal Oscar Rodriguez Maradiaga is the archbishop of Tegucigalpa, Honduras. He is the current president of Caritas International and served as president of the Latin American Episcopal Conference (CELAM) from 1995 to 1999. He entered into the Salesians of Don Bosco in 1961 and was ordained a priest in 1970. He holds doctorates in philosophy, theology, and moral theology, as well as a diploma in clinical psychology and psychotherapy. He was named a bishop by Pope John Paul II in 1978 and elevated to the rank of cardinal by the same pope in 2001. Fr. Antonio Carriero, SDB, is a priest and journalist. His work has appeared in L'Osservatore Romano, Vatican Insider, and the daily Italian Catholic newspaper, Avvenire.