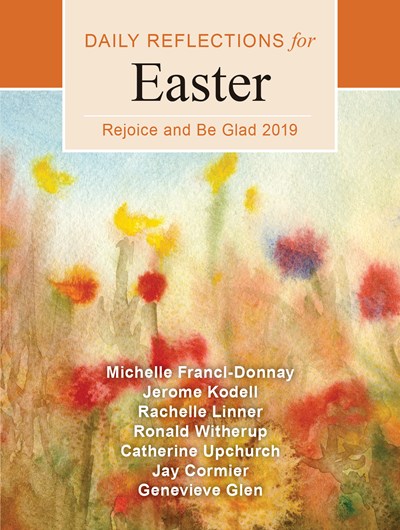 Join now Find out more
Publisher: Liturgical Press
ISBN: 9780814644454
Number of Pages: 112
Published: 15/02/2019
Width: 15.2 cm
Height: 20 cm
Description Author Information Reviews
There is no better season to renew one's relationship with God than Easter, the most joyful days of the church's year. Rejoice with these inspiring reflections on the daily Mass readings. In just minutes per day, the insightful meditations of Rejoice and Be Glad can help you embrace, live, and share the good news of the great Easter mystery. Introducing a splendid new annual resource for deepening prayer-in the tradition of our best-selling Advent/Christmas and Lent annual reflection guides! Rejoice and Be Glad is ideal for: Parish communities Schools Campus Ministry Programs Prayer Groups RCIA catechumens and candidates And more!