Servant to the Poor 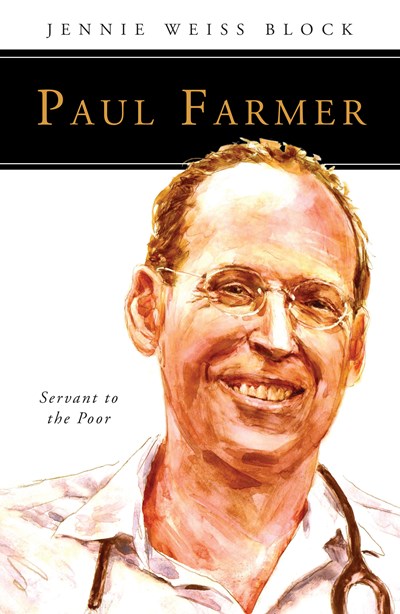 Servant to the Poor

Join now Find out more
Publisher: Liturgical Press
ISBN: 9780814645741
Number of Pages: 200
Published: 21/12/2018
Width: 13.7 cm
Height: 21 cm
Description Author Information Reviews
Bill Gates has called Paul Farmer one of the most amazing people he has ever met. CNN medical correspondent Dr. Sanjay Gupta says that "if pure altruism exists in humans, it probably looks a lot like Dr. Paul Farmer." In Paul Farmer, Servant to the Poor, Jennie Weiss Block introduces readers to this physician and medical anthropologist of international stature whose Catholic faith has driven him to work untiringly to make a preferential option for the poor in health care. Farmer, with his colleagues at Harvard University and Partners in Health, have been instrumental in bringing the fruits of modern medicine to millions of the poorest people in the world, in places like Haiti, Rwanda, Peru, Russia, Malawi, and West Africa during the recent Ebola crisis. Challenging the conventional wisdom of global health experts, Dr. Farmer has shown it is possible to deliver high-quality medical care on a large scale in settings of great poverty and to build communities around the globe where good health and hope prevail.

Jennie Weiss Block, OP, is a Dominican laywoman, a practical theologian, and an author who has taught theology and lectured widely on theological topics. She is co-editor of In the Company of the Poor: Conversations with Dr. Paul Farmer and Fr. Gustavo Gutierrez (Orbis Books, 2013) and wrote a chapter of Haiti after the Earthquake (Public Affairs, 2011). Her book Copious Hosting: A Theology of Access for People with Disabilities (Continuum, 2002) is considered a seminal text in disability theology. She has served as chief adviser to Dr. Paul Farmer since 2009 and was his chief of staff in his role as United Nations Deputy Special Envoy under President Bill Clinton.